Home » Ghosts » The Back Seat Ghost 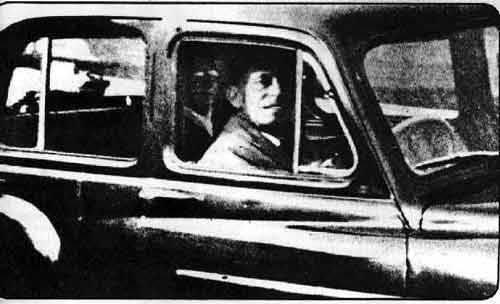 The Back Seat Ghost
Ghosts

By John Greenewald on March 9, 2015 0 Comments
The Back Seat Ghost


Mrs. Mabel Chinnery was visiting the grave of her mother one day in 1959. She had brought along her camera to take photographs of the gravesite. After snapping a few shots of her mother’s gravestone, she took an impromptu photo of her husband, who was waiting alone in the car. At least the Chinnerys thought he was alone.

When the film was developed, the couple was more than surprised to see a figure wearing glasses sitting in the back seat of the car. Mrs. Chinnery immediately recognized the image of her mother – the woman whose grave they had visited on that day. A photographic expert who examined the print determined that the image of the woman was neither a reflection nor a double exposure. “I stake my reputation on the fact that the picture is genuine,” he testified.