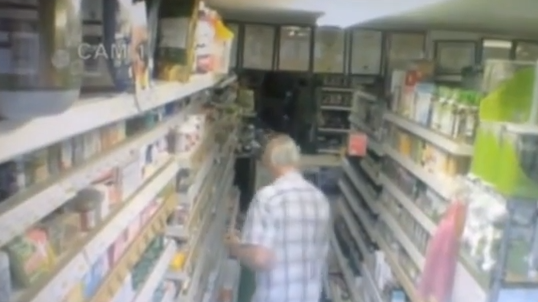 Did ghost push tea off shelf of British store?
Ghosts

Did ghost push tea off shelf of British store?

By Administrator on March 13, 2015 0 Comments
Did ghost push tea off shelf of British store?

Surveillance cameras at a British store in Kent caught what appears to be a ghost haunting the aisles of the shop.

The footage shows one box of tea hovering in the air and another flying off the Whitstable Nutrition Centre shelf, the New York Daily News reported.

Meanwhile, the client doesn’t spot anything awry and continues with his chores.

Owner Michelle Newbold told Kent Online that she was perplexed after she came across the footage while doing her weekly review of the tapes.

The clip, which was uploaded on last Friday, has already been seen more than 55,000 times.

Many viewers believe it is a marketing hoax for the store, but Newbold insists it is the real deal and she would be interested to find out more. (ANI)