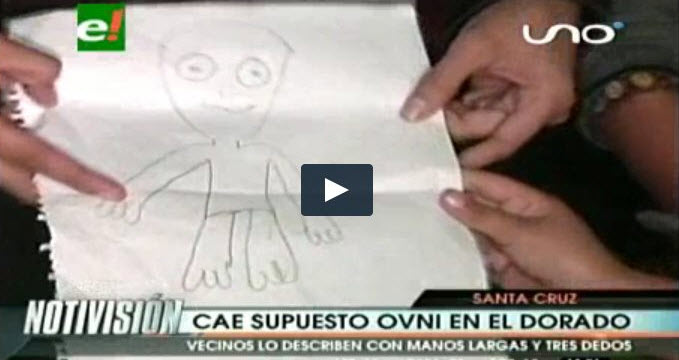 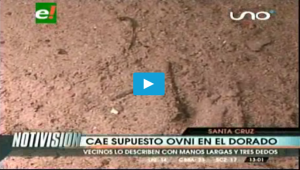 In the city of Santa Cruz, residents of the El Dorado District, El Bastión sector, claim having seen a UFO, alleging that an extraterrestrial creature. They believe the entity descended from its “craft” and that it made an effort to get back on board when detected by locals.

The event took place at 10:00 in the evening. Local residents went as far as to note that the entity climbed through the trees. Students manage to photograph a gleaming light over their neighborhood.

“Three students,” alleges the news report, “were witnesses to the sighting from EL Dorado as they returned home from school. It all began with a bright light in the sky, when the unimaginable occurred.”

“Something came down, straight down,” explains a female witness. “A light came straight down, more or less, and they say it lost itself in that tree. It tried to get into that house over there.” Another woman adds: “A very loud sound was heard. All the signals (sic) went out. There was no way to record that sound. Suddenly it fell down and disappeared. I don’t know what it could have been.”

“It happened at ten o’clock,”continues the narration, “local residents say they saw a UFO in the sky, which crashed on Calle #2 of the district. They even described a strange being that climbed up a tree. (A child can be heard, saying, “some eyes looked at me!”).

“It was small and gooey,” adds another young woman, speaking to a reporter. “It extended its arms and climbed a tree. That’s when all the neighbors came out, but nothing could be found.”

The owner of the property remarks: “They said it had long fingers, and climbed right over there,” gesturing at her fence. 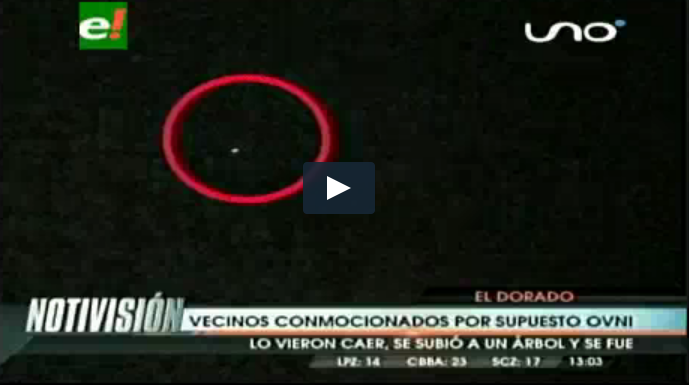