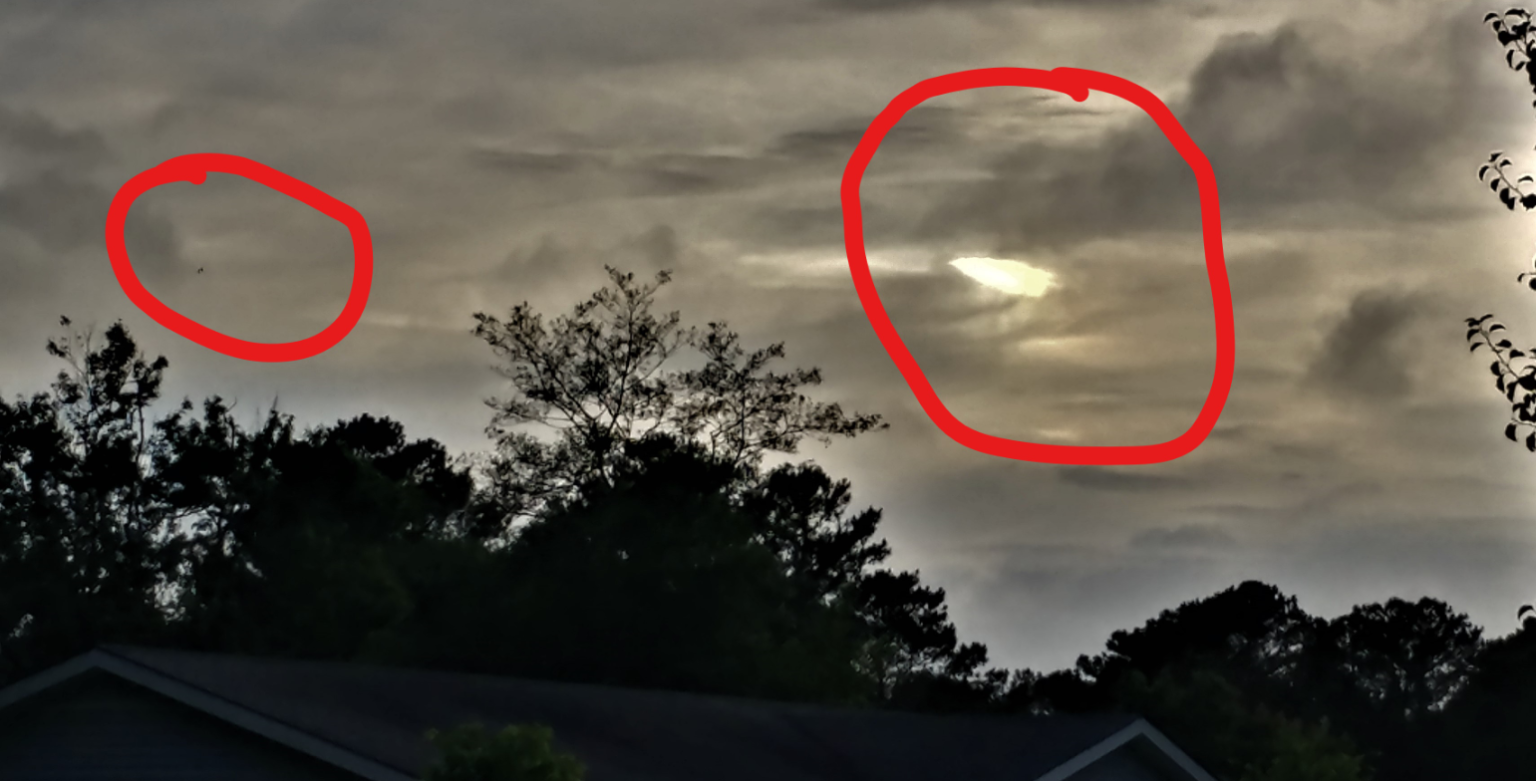 “At approximately 19:30 on May 17, 2018 I saw something extremely bright horizontal to the setting sun. I’ve seen sundogs before and have many photographs of them. This was no sundog. It hung in the air. It was huge. It had a shape. I ran inside and grabbed my phone and snapped a few shots. I also manipulated a couple of them and brought out what looks like a glowing cigar shape object of some kind. I took a few close ups and a couple of wide angles. I have to say I was amazed. I also caught a secondary object that looks geometrical with antennae protruding from the corners when you zoom in on one of the frames. Look at the photographs and you tell me what that is in the sky. Feel free to download and examine them for yourselves.”

The witness also submitted many photographs of the event in question. This took place over Jacksonville, NC.

The image was examined using several filters, settings, and adjustments in Photoshop. The object appears to be part of the sky, and has its own brightness, equal to the sunlight. To the left of the large shape is a small, geometric object hanging in the sky. The pixelated nature of the image makes it impossible to tell for sure what we are looking at. The witness stated that the object was not noticed until examining the images later. The witness further states that the cloud shape hung there as the ones around it moved, dissipated. Some swirling can be seen in the image, but again, not definitive shapes. The event lasted ten minutes.

It is impossible to draw a conclusion for the geometric shape hanging in the air to the left of the elliptical shape as the image is not clear enough. The elliptical shape could be described on first look as a Fallstreak hole (hole punch cloud), but the cloud type is not right for this phenomenon since Fallstreak holes occur in cirro and alto cumulus clouds. A search of images on Google turned up this example of a similar sky effect. This cloud feature is the only conclusion that can be drawn at this time as there is no discernible anomaly in the image.