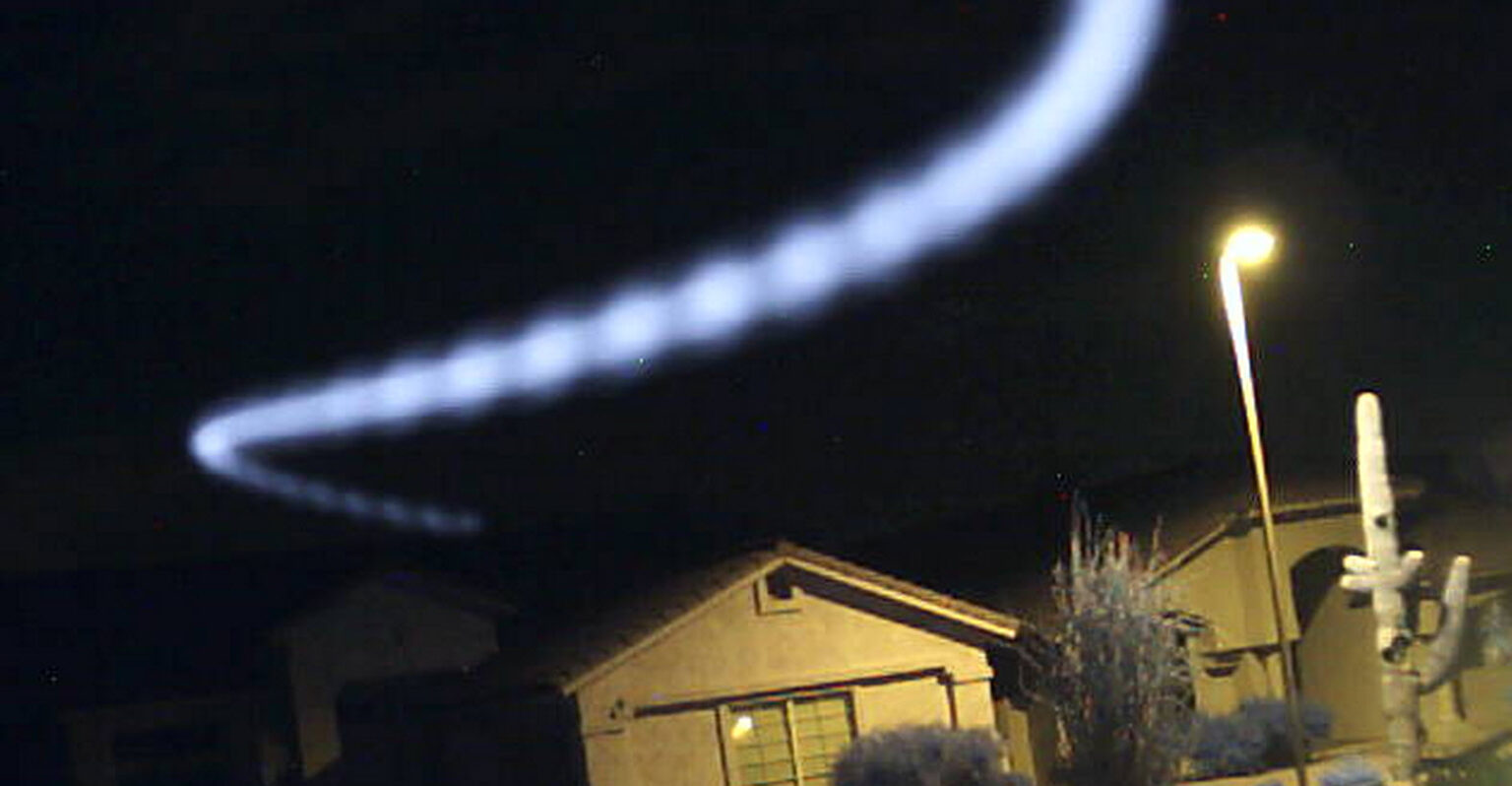 The following was submitted to MUFON. It is archived here in the ghost category (as it is quite similar to other paranormal/ghost encounters) for reference and research:

I was shutting down my computer when the motion detection alarm sounded on my computer. I checked the camera video but there was nothing on it. Checked the still photos and that was when I found the images.

At first I thought it was a firefly or something of that matter, but realized that fireflies don’t leave trails like in the photo. I didn’t pay much attention until it showed up the second and third night.