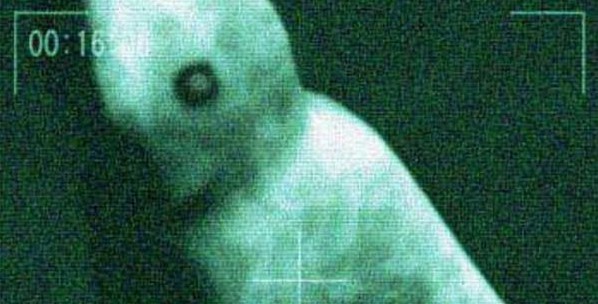 A very important official, Major-General V. Demyanko, commander of the Military Diver Service of the Engineer Forces of the Ministry of Defense, USSR. He arrived to inform the local officers of an extraordinary event the had occurred during similar training exercises in the Trans-Baikal and West Siberian military regions. There, during their military training dives, the frogmen had encountered mysterious underwater swimmers, very human-like, but huge in size (almost three meters in height!)

The swimmers were clad in tight-fitting silvery suits, despite icy-cold water temperatures. At the depth of fifty meters, these “swimmers” had neither scuba diving equipment (“aqualungs”), nor any other equipment, only sphere-like helmets concealing their heads.

Well, the local military commander (quite alarmed by such encounters) decided to capture one of the creatures. With that purpose in mind, a special group of seven divers, under the command of an officer, had been dispatched.

As the frogman tried to cover the creature with a net, the entire group was thrown out of the deep waters to the surface by some powerful force. Now, because autonomous equipment of the frogmen does not allow surfacing from such depths without strict adherence to the process of decompression stops, all of the members of the ill-gated expedition were stricken by aeroembolism, of the Caisson disease. The only remedial treatment available consisted of an immediate confinement under decompression conditions in a pressure chamber. They had several such pressure chambers in the military region, but only one in working condition. It could contain no more than two persons.

Hence, local CO had forced four frogmen into the chamber. As a result, three of them (including the leader of the group) perished, and the rest became invalids – terrible consequences caused by the usual Soviet military bungling.

The major-general rushed to the Issik Kul to warn the local military against similar “devil-may-care” actions. Although the Issik Kul Lake is more shallow than the Baikal Lake, the depth of the former was sufficient to contain similar mysterious creatures.Did the major-general know something that Officer Shteynberg did not?

A short time later, the staff headquarters of the Turkmenistan military region had received an order from the Commander-in-Chief of the Land Forces. The order consisted of detailed analysis of the Baikal Lake events and reprimands. It was supplemented by an information bulletin from the headquarters of the Engineer Forces of the Ministry of Defense, USSR. the bulletin listed numerous deepwater lakes where there had been registered sightings of anomalous phenomena: appearances of underwater creatures analogous to the Baikal type, descent and surfacing of giant discs and spheres, powerful luminescence emanating from the deep, etc.

Such documents, without exception, were highly classified and “for the eyes” of a very limited circle of military officers. The purpose [of]such documents was “to prevent unnecessary encounters….”