On August 29, 2017, a mutilated cow was found in Naselle, Washington. On September 6, 2017, the story was published in the Capital Press. It is archived here under fair use and for archival purposes. Copyright credit is given to their respective owners, in relation to this article.

On Aug. 29 Deep River resident Warren Anderson found one of his heifers had been killed and its tongue and heart cut out. The killing occurred within 120 yards of his parents’ house in Naselle, Wash., where Anderson has been pasturing a small herd of beef cattle. Anderson believes the 8-month-old Angus-Hereford cross may have been killed sometime the previous evening.

“I was over here Sunday and it hadn’t been done then, unless it was done Sunday evening. It looked pretty fresh on Tuesday, so I’m thinking it was killed Monday evening,” Anderson said.

On Aug. 19, Grays River resident Dan Zimmerman discovered the carcass of a young bull he was pasturing in a field. Its tongue had also been removed. The young bull was found lying in the fenced field not far from State Route 4.

This is the second time in two years this has occurred to one of his cattle, Zimmerman said.

“Both times, the animal’s tongue had been removed,” he said. “The first time, it occurred in September, around the time of the equinox.”

Anderson reported the killing of his heifer to the Pacific County Sheriff’s Office and a deputy responded to the scene.

However, by Sept. 1 the incident report had not yet been completed and, as a result, the office was unable to comment on the cause of death.

Anderson said he believes the heifer had been shot and the bullet removed. Zimmerman said he did not know what caused his bull’s death. 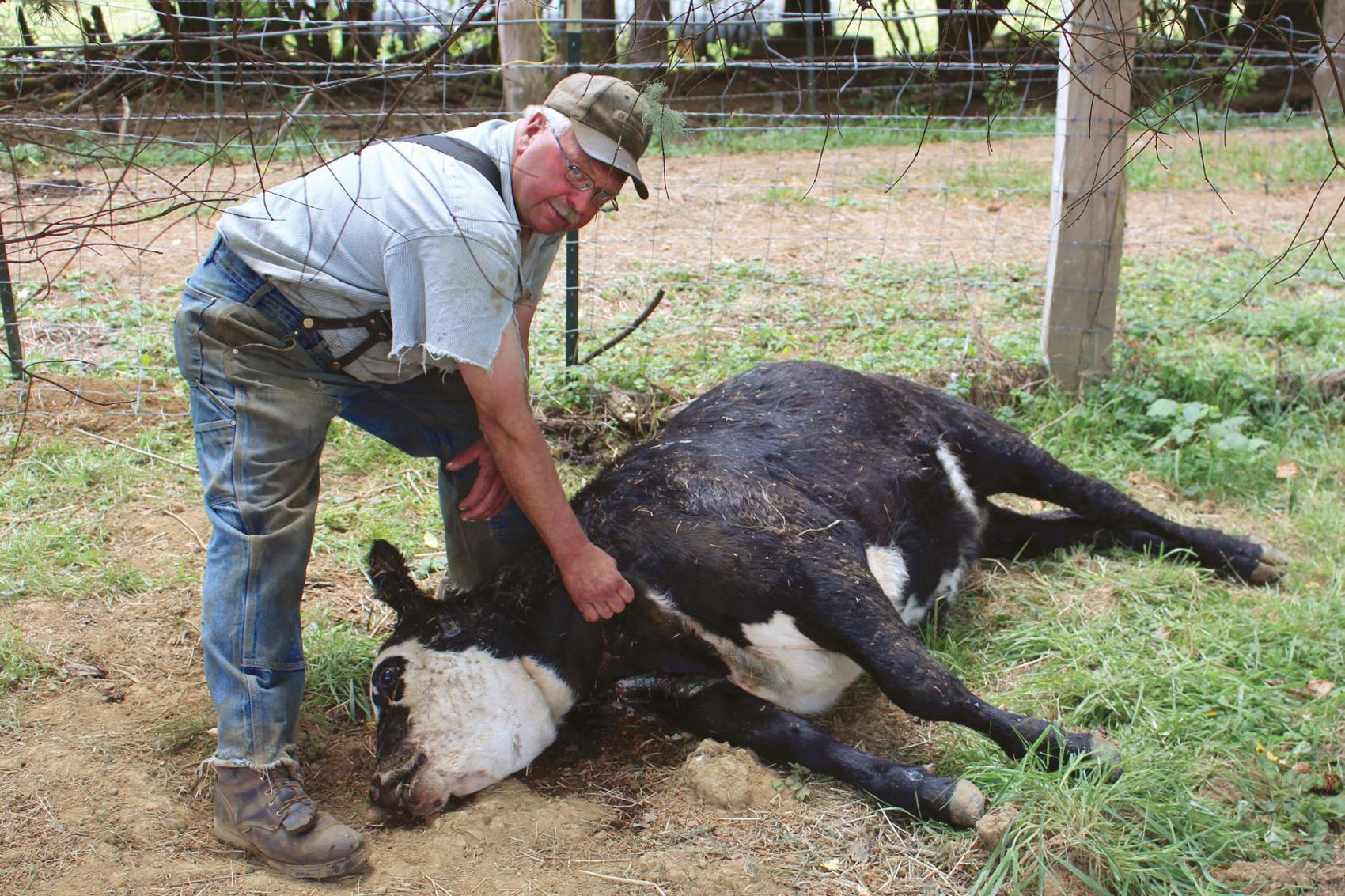 Livestock grower Warren Anderson examines a heifer that was killed. It was the second animal killed and mutilated in the area. Nick Nikkla/EO Media Group

Influenced by my interview with retired police officer Lt. Tim McMillan, I looked up some cases I could investigate through state level “Sunshine Laws.” This was one of the first cases I found, and decided to take a stab at it.

I believe after seeing the documents, it is clear that this was someone who came onto the property, shot the cow, and decided they wanted to cut out part of the bovine’s insides. However, this was a great lesson to see how the state level laws work, and what you can get.

After filing the records request to the Pacific County Public Records Center, I received the police documents regarding the case, along with the original 911 calls. I decided to redact myself some additional information, including personal addresses and phone numbers. I felt despite it being public record, as a courtesy to the ranch owner, I would not include that.

I believe after reading the police report, it can be determined this was not an anomalous event, but rather someone who went on the property and shot the cow, then decided to mutilate it, for whatever reason. Although the bullet wound was referenced at the end of the newspaper article, this was a bit of a test to see how much can be obtained via a state level request.  Despite no anomalous evidence, this was a good lesson in how it all works! I have a feeling there will be much more to come in regards to these cases.