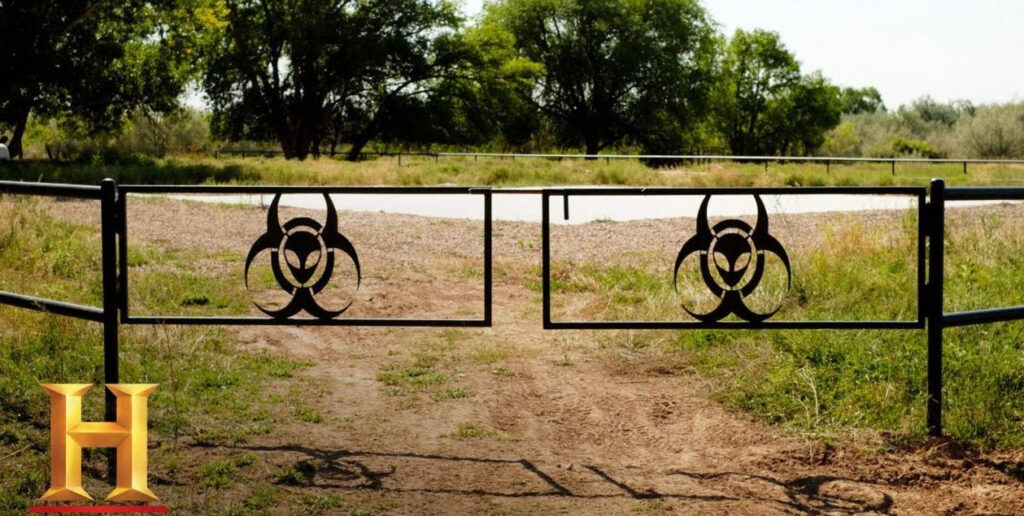 The above video is a live surveillance feed of Skinwalker Ranch, which begins March 30, 2020 at 5:00pm Pacific time. It is archived here on The Black Vault for future reference.

The below text was original taken from Wikipedia in March of 2020. It has since been updated, however, the original text as quoted in 2020 remains below:

Skinwalker Ranch, also known as Sherman Ranch, is a property located on approximately 488 acres (2.072 km²) southeast of Ballard, Utah that is reputed to be the site of paranormal and UFO-related activities. Its name is taken from the skin-walker of Navajo legend concerning vengeful Shaman.

Colm Kelleher and co-author George Knapp subsequently authored a book in which they describe the ranch being acquired by the National Institute for Discovery Science (NIDSci) to study sightings of UFOs, bigfoot-like creatures, crop circles, glowing orbs and poltergeist activity reported by its former owners.

The ranch, located in west Uintah County bordering the Ute Indian Reservation, was popularly dubbed the UFO ranch due to its ostensible 50-year history of odd events said to have taken place there. Knapp and Kelleher cite the 1974 book The Utah UFO Display: A Scientist’s Report by Frank Salisbury and Joseph “Junior” Hicks, which details an earlier investigation into alleged UFO sightings in the Uintah County region, as partial confirmation of their account. According to Kelleher and Knapp, they saw or investigated evidence of close to 100 incidents that include vanishing and mutilated cattle, sightings of unidentified flying objects or orbs, large animals with piercing red eyes that they say were unscathed when struck by bullets, and invisible objects emitting destructive magnetic fields. Among those involved were retired US Army Colonel John B. Alexander who characterized the NIDSci effort as an attempt to get hard data using a “standard scientific approach”. However, the investigators admitted to “difficulty obtaining evidence consistent with scientific publication.”

Cattle mutilations have been part of the folklore of the surrounding area for decades. When NIDSci founder billionaire Robert Bigelow purchased the ranch for $200,000, this was reportedly the result of his being convinced by the stories of mutilations that included tales of strange lights and unusual impressions made in grass and soil told by the family of former ranch owner Terry Sherman.

In 2016, Bigelow sold Skinwalker Ranch for $4.5 million to “Adamantium Holdings”, a shell corporation of unknown origin. After this purchase, all roads leading to the ranch have been blocked, the perimeter secured and guarded by cameras and barbed wire, and surrounded by signs that aim to prevent people from approaching the ranch. In 2017, the name “Skinwalker Ranch” was filed for trademark through Justia Trademarks. The trademark was issued in 2018.

In March 2020, Brandon Fugal, 46, a Utahn real estate tycoon, publicly came out as the owner of the ranch.