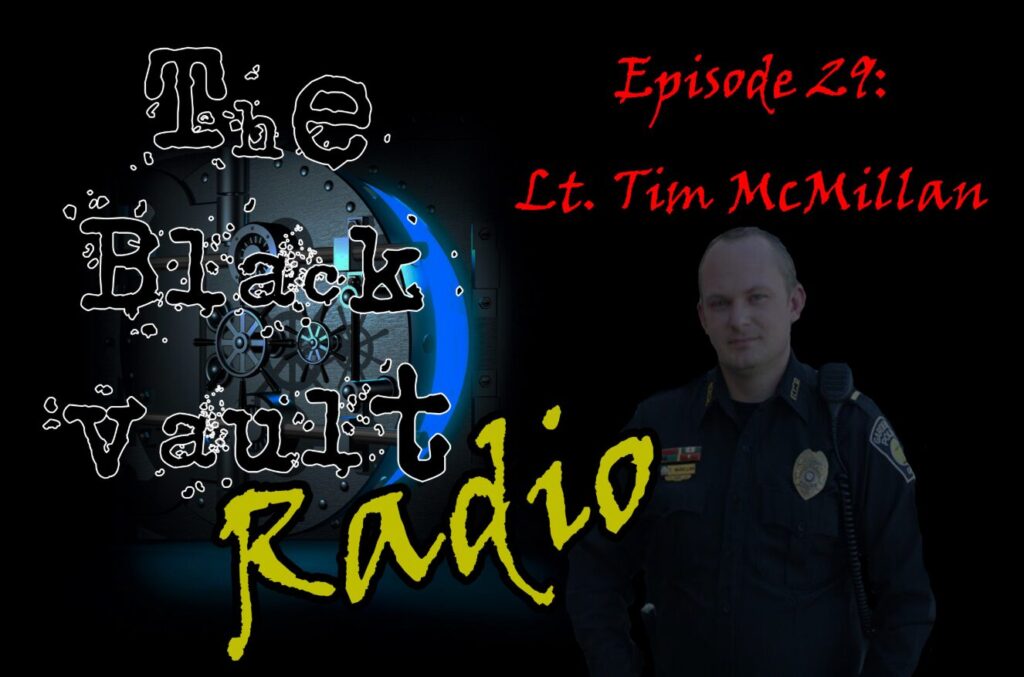 In episode #29 of The Black Vault Radio — Retired police officer Lt. Tim McMillan steps into the Vault.  We speak about his amazing background on the force; an interaction during a routine stop that changed his life; a personal UFO sighting which piqued his interest into the unknown; and finally, his research in obtaining the official police records about the raid of United Nuclear – the Michigan based business of Bob Lazar. This incident was profiled in Jeremy Corbell’s recent documentary on Lazar, and Mt. McMillan weighs in, on what he found out.