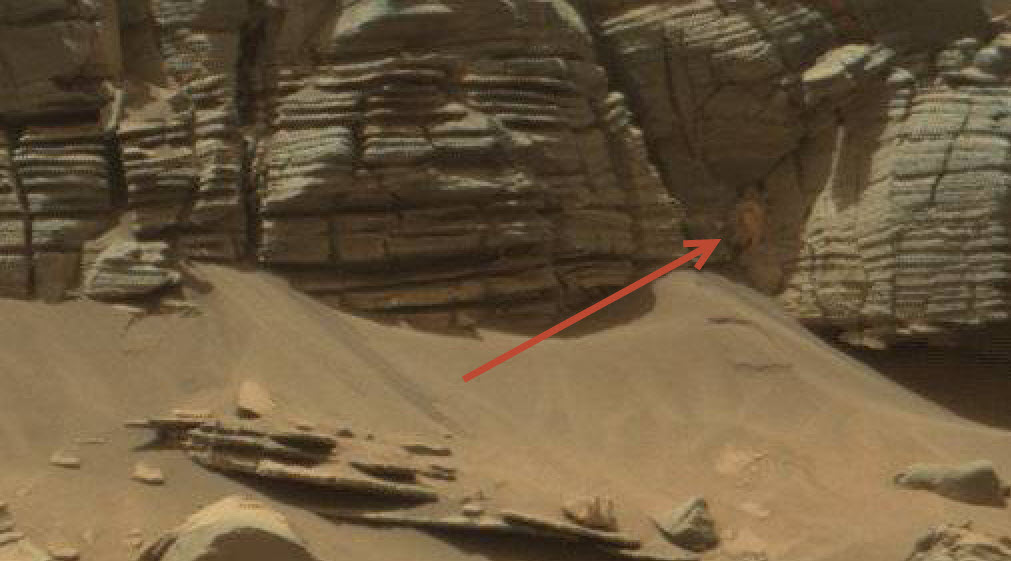 Unknown Creature or Plant-Life on Mars? Another Illusion?

In this photo from the surface of Mars, there is a mysterious and unknown looking creature or plant life on the wall of a rocky outcrop. Or maybe just an illusion and a trick of our eyes.

What exactly is it?

Although many photos on Mars are said to have “objects” like a squirrel, Nazi helmet, or Sasquatch, many are explained away by pareidolia, the psychological phenomena of seeing something that isn’t, like let’s say, a horse in a wisp of clouds. But could this one be different?