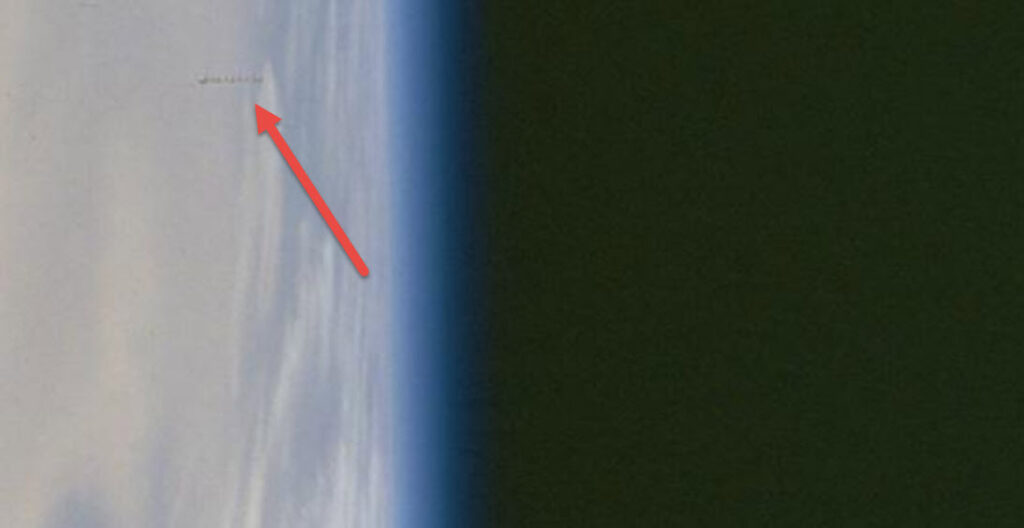 In March of 2016, a “viral” story resurfaced about a UFO in a NASA photograph, that was mysteriously ‘deleted’ from NASA’s website.  After investigation, the original link that showed the photograph in question was broken, it is likely due to the fact that the database simply was moved. The new source, once located, verifies the photograph is still available for download.  So, the story about it being “deleted” is largely untrue.

However, what IS true, is the fact that the photograph does show an unidentified “formation” of UFOs, whatever they may be. This page was created to help make sense of a largely incorrect story being circulated.

The photograph in question, which is verified as a genuine NASA photograph, has an unexplained formation of UFOs in the frame. Above, you will find the zoomed in photograph, with no editing other than increasing the size / zooming in.

Upon investigation, there are other POSSIBLE anomalous objects, in the same frame. Although potentially just satellites, space debris or photographic artifacts caused by a multitude of factors – they should be noted:

Why are these important? Let’s say the original anomalous artifact is easily explained, like a satellite or other space debris that is floating around. On Earth, a long exposure of a moving object results in a long streak of light, vs. what appears to be multiple lights. Let’s just say this photograph was the result of multiple photos laid on top of each other, to bring out detail (which sometimes, NASA does of other planetary objects) well, these additional object prove that there is no movement on the camera, long exposure or multiple photos laid on top of each other. Because, if any of the aforementioned were true, you’d have the same effect on all of these, as you did the original object we are zooming in on.

As of March 12, 2016, you can obtain the high resolution photograph at this URL: http://eol.jsc.nasa.gov/SearchPhotos/photo.pl?mission=STS100&roll=708A&frame=48

This is the highest known resolution of this photograph. Simply click on the following image for the full size 2063 × 2048: 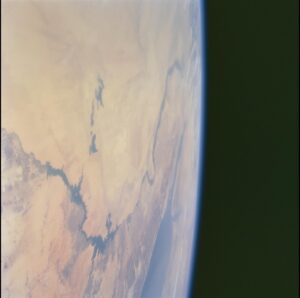