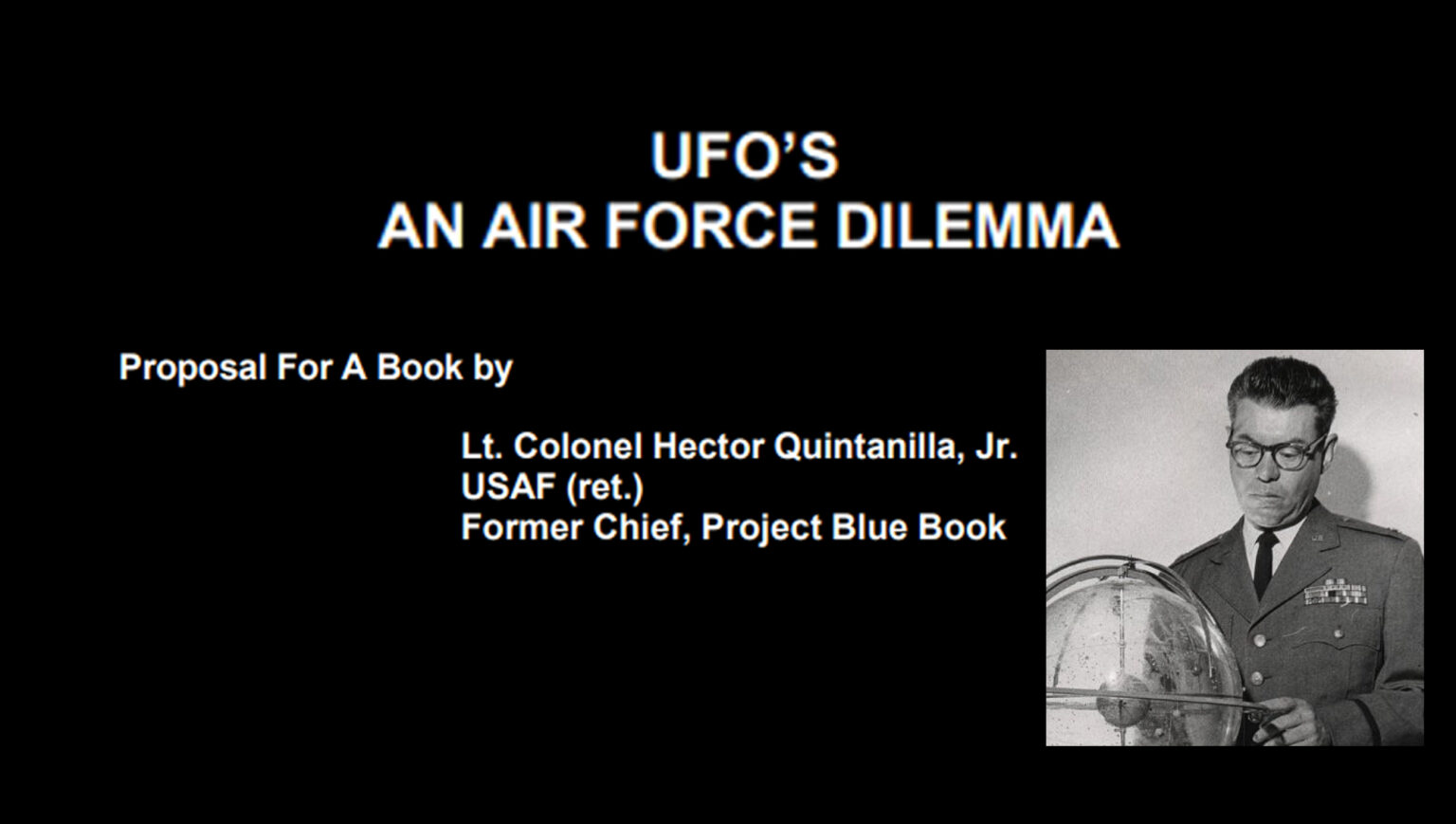 Note from The Black Vault: The following was published by the National Institute for Discovery Science (NIDS), and although the organization is now defunct, the record was stored within the Wayback Machine, but got very little attention. It is being republished here for archival reasons. All respective copyrights, if any, are held by their respective owners.

From the preface, written by NIDS:

For the first time NIDS is electronically publishing a book manuscript written in 1975 by Lt. Col. Hector Quintanilla, the head of the USAF Project Blue Book. Project Blue Book was supposed to be an objective investigation and documentation of the UFO phenomenon carried out by the United States Air Force from March 1952 until December 1969. Project Blue Book was the successor to Projects Sign and Grudge.

The book is a summary in Quintanilla’s own words of his involvement, as head of project Blue Book, in the investigation of the UFO phenomenon. “UFOs, an Air Force Dilemma” was also given the title “UFOs: A $20,000,000 Fiasco” by Quintanilla in a book proposal to unnamed publishers.

NIDS’s purpose in making available this previously unpublished manuscript is twofold: (a) to demonstrate to the interested public, through the authors own unedited words, Lt. Col. Quintanilla’s attitudes, preconceptions, and biases that dominated Project Blue Book, and (b) to make available to historians and to the public the methodology and practices employed by the United States Air Force in investigating and cataloging the UFO phenomenon.