“The photo attached is not of that day, just used to illustrate event. Also, lighting would be later in the afternoon, late afternoon coming from the right side, West, of photo (4:30-5pm, not noon as depicted in the photo)

I had stepped off my father’s porch to smoke a cigarette and turned towards the porch, (looking South), where my grandson & father were sitting, when I looked up to the sky above the horizon of the house and seen what at first, I thought were three geese flying in a circle and thought to myself that they were extremely high in the sky to be geese.

I called out to my father to come and see, and as he was stepping off the porch towards me the ‘geese’ tightened into a smaller circle until it became an oval shaped shiny ‘craft’ almost in an instant it then flew off towards the West, where the sun was lowering at this time of day.

It went across the sky quicker than anything I have ever seen anything move in the sky. My father hadn’t even made it off the porch when all that had happened, it all happened almost in an instant from the time I first seen the ‘geese like’ objects.”

The witness provided the following depiction of where the sighting took place, and what happened: 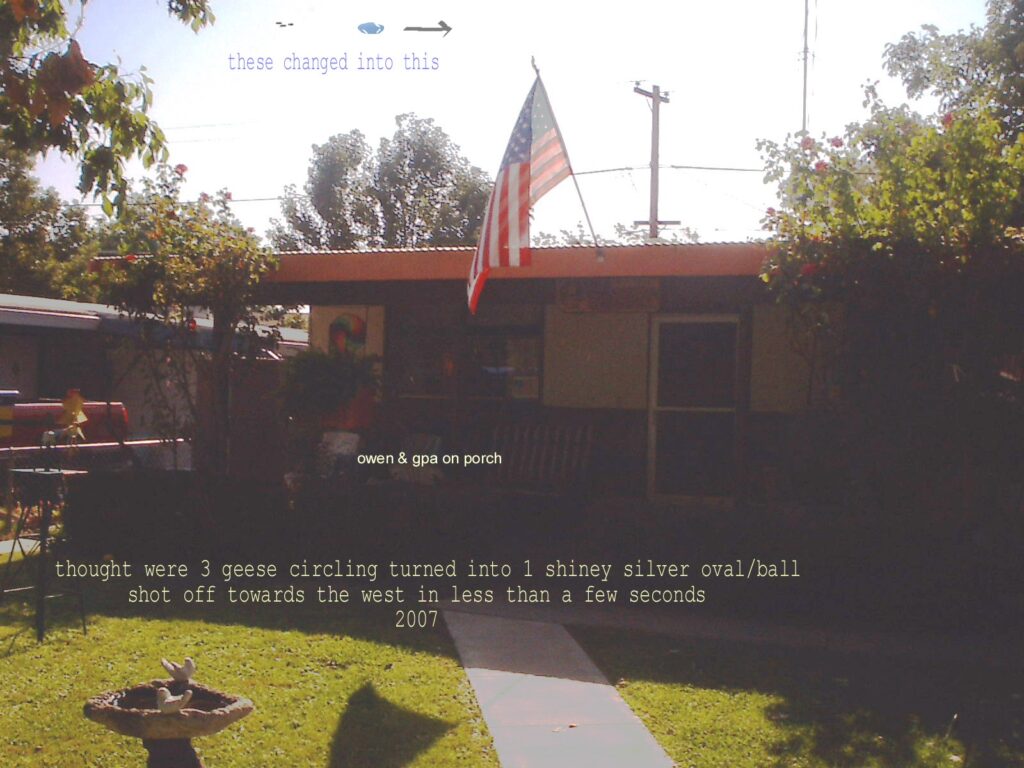 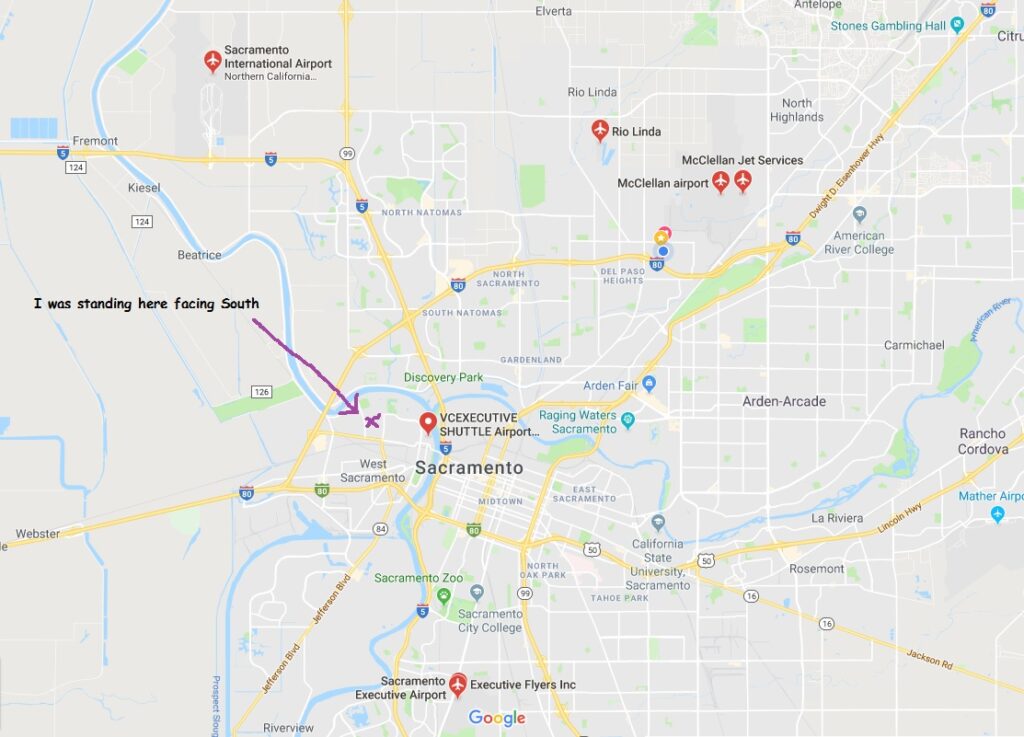 I spoke with the witness by telephone. She reported that the weather was clear. While looking south, high in the sky she noticed three small “geese like” objects circling slowly in the sky. They tightened into a smaller circle and became one as a shiny oval shaped craft. The object then shot off towards the west, size and distance were unknown. She stated that she has lived in the area near the airports for 40 years and is quite familiar with airplanes.

The National UFO Reporting Center showed a report in their database from September 9, 2007 of a round blueish object near Antelope, Ca. at 9:30pm.

The object came from the west making two 90 degree turns and hovered at about 2500’.

The witness stated that this could have been the day of her event, and related.

No other reports were found.

Given the age of this report and lack of an exact date, this case is difficult research and conclude. For now, it is being recorded in the database as a historical case for information only.