This case was submitted to The Black Vault / TBV Investigations on June 27, 2018. It was assigned to investigator Paul Wright for analysis and investigation.

The UFO sighting was at **** Franklin, Salina, KS 67401. I was standing in the drive way which runs North-to-South. I took the images from the South end ot the driveway where it joins Franklin street. I have three UFO images captured on my LG cell Phone (Old Technology – Flip Type). 1> Image shows three “Cigar Shaped” UFO flying information at different altitudes. A round bright UFO, trailing a light vapor trail can be seen in front and above the other objects. Image 2> shows three UFO flying in formation 3.> shows four UFO, the lowest one in formation is extremely bright, white light. It appears to be leading the formation because it is flying ahead of the other UFO. The other three UFO’s flying in formation between two very bright UFO the brightest one is flying at a higher altitude. The three dimmer UFOs appear to be all the same brightness. The three are in staggered formation one above the other at different altitudes. I have never attempted to have the photos printed I was awaiting your recommendation. I have forwarded the image attached to text messages. I would prefer to forward the .jpg images as attachments to text messages. Phone No. above is the Cell phone number (***) ***-**** where the images are stored in my LG flip phone.

The witness provided a detailed report and noted that they had photographs of the UFO’s stored on their LG cell phone.

At this moment in time the witness has not responded to further contact by email after the initial submission. Unfortunately the photographs have not yet been emailed, therefore the lack of evidence makes it difficult to assess the case.

My first email to the witness included a “rough mock up image” to start the visualization process of the sighting. See image below.

I discovered that NUFORC had multiple sightings around and on the date of 16/09/2015 with possibility of a match:

Google maps was used to plot sightings from NUFORC and The Black Vault.

***A report from a commercial airline pilot was submitted to NUFORC, however exact location is unknown and therefore not included on the map***

Location of sighting in relation to “nuclear power plant” 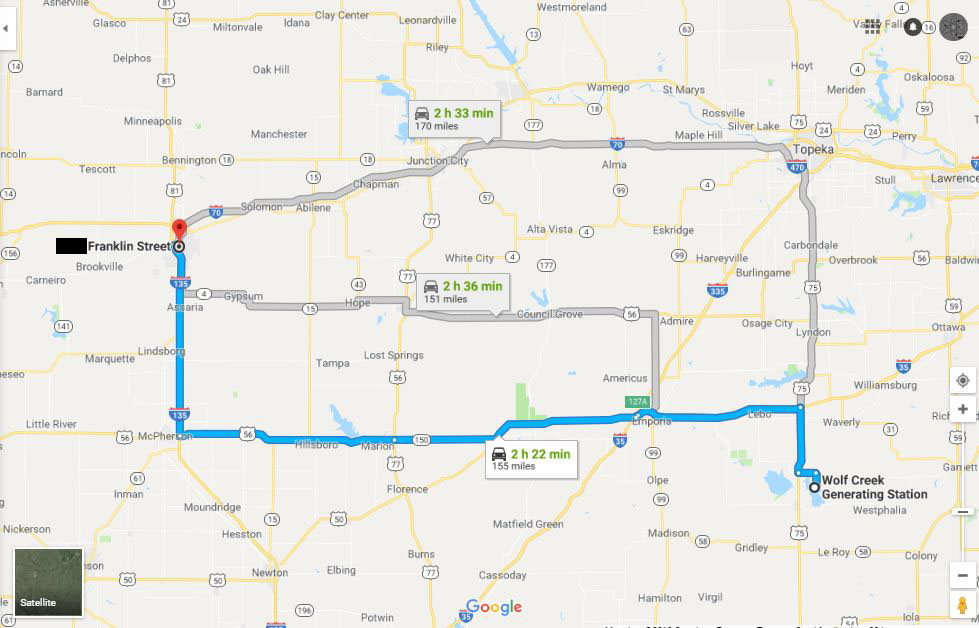 Based on the initial witness description and without photographic evidence I am inclined to say the case lacks sufficient evidence and therefore case unknown.

I hope to receive further information from NUFORC and obtain the photos from the witness.

Also worth noting as a point of interest are the amount of military airfields / missile site and nuclear power plant in the general area of the sightings. Previous research by other organisations indicates that sightings could be related to nuclear installations and military bases. See images below indicating military and commercial airports and missile bases.