The following was submitted by the witness. The description was very minimal. It is here unedited:

“This thing or object makes a U-Turn in the Sky, then descents thru the clouds!”

A video was submitted showing several objects swirling around an exterior security camera.

The witness stated in their original submission, “This thing or object makes a U-Turn in the Sky, then descents thru the clouds!”

This can be inferred from the video, but is more speculation than what the video shows. The object appears to rise, than come back down. Not enough contrast in the video makes it impossible to discern the nature of the object. The witness was contacted and asked for additional footage of the same camera views during daylight to determine what structures are in that direction.

To date, there has been no response or communication from the witness, and the object remains unidentified, but lacks sufficient evidence or any follow up from the witness.

As seen in the video, the object is little more than a white dot that rises, and makes a turn in the sky.

In still 6 the object seems to appear again at the bottom of the frame, at the very end of the video. 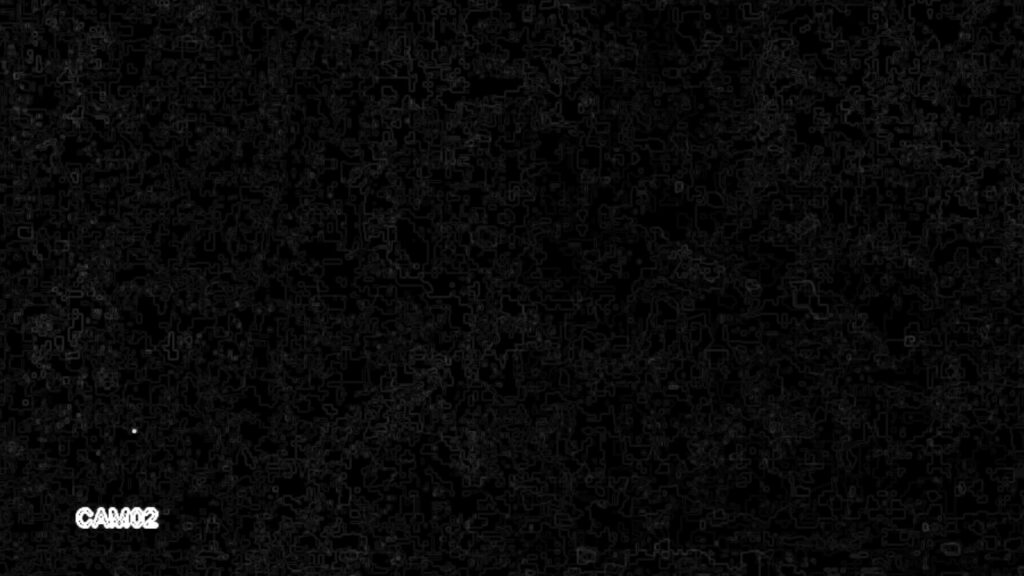 The quality of the video has been enhanced as much as possible, but the terrain, the object, and the sky cannot be discerned definitively. At this time the object is not identifiable, but likely not anything out of the ordinary, until further evidence (or testimony) is presented.