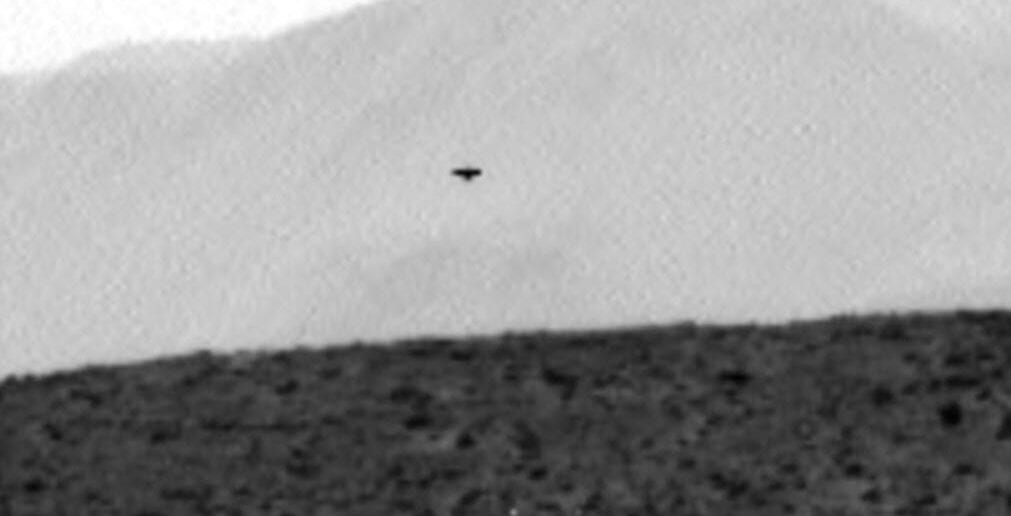 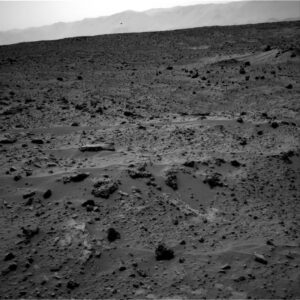 Background: Curiosity sends back raw images for current and prior Sols based on commands sent by the mission team. The rover uses orbiters to relay back a lot of its data, and maximizes each opportunity when they pass by overhead. Curiosity stores any data not transmitted onboard. The rover will send back this data on later Sols according to the mission team’s science and engineering priorities.

This is one of those photos.

What are we looking at?: NASA’s Curiosity rover snaps thousands of photos on the Martian surface.  If a photo like this appeared from the deserts of Arizona, many would say the object appearing to be flying in the background, would be a bird, plane or helicopter.  However, this photo is from the surface of Mars.

So the question is… what is it?