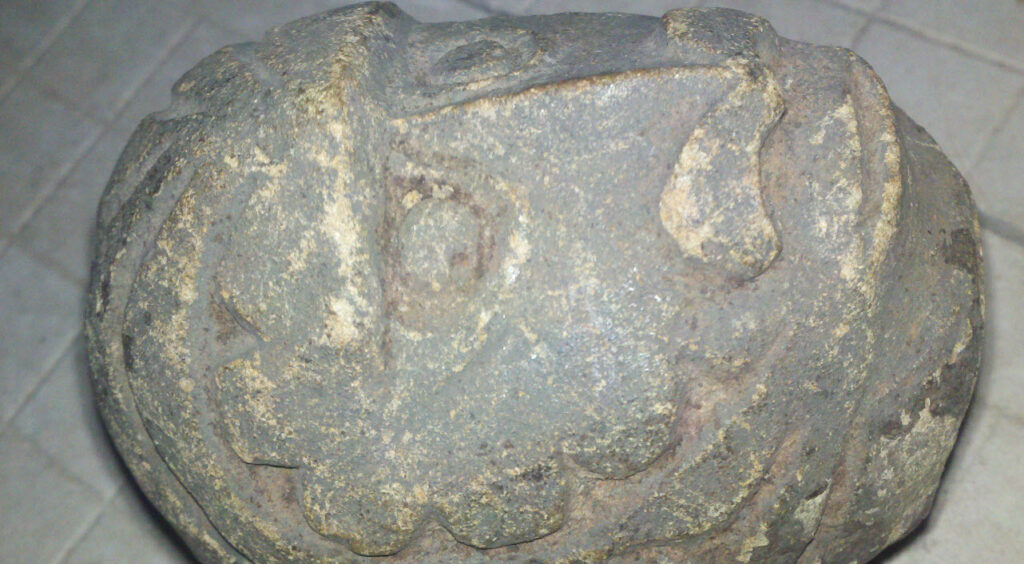 By John GreenewaldMay 21, 2015Updated:February 2, 2016No Comments4 Mins Read
The following was submitted to The Black Vault directly, and the images are used with permission. They are copyrighted to their respective owner. 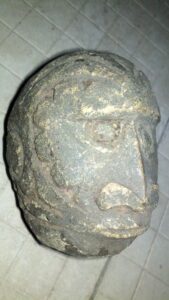 I obtained this artifact from the estate of a woman in Iowa about 9-10 years ago. I purchased it from her grandson, who had characterized it as simply a “carved stone head”. He knew nothing about it – only that he had found it in a box of his grandmother’s possessions after she passed at age 85 or so. After I purchased it, I pressed him for more details about its possible origin. He indicated he would ask his older relatives and get back to me. What he learned was that she was always interested in curiosities and indian things, and that she had the item most of her life. She had done some traveling when she was younger.
The closer I examined it, the more I was convinced that it was a native american representation of a sasquatch-type being. I began to research online, and found that many of the stylistic elements evident in the carving were similar to elements used by traditional First Nations artists of the southern regions of the British Columbia coast.
I contacted Kathy Moskowitz-Strain, a Northern California cultural archaeologist and bigfoot researcher whose postings I had read online. I sent her photos, which she examined and found to be compelling. We subsequently arranged to meet near her residence in Sonora, CA. After personally examining the carving, she recommended that I contact a geologist to see if I could determine what kind of stone was used to make the carving. She also recommended that I try to contact Dr. Roderick Sprague of the University of Idaho, who was considered to be an expert on anomalous carved stone heads that had been found in the late 1800s in the Columbia River Valley. The heads were deemed “anomalous” because they exhibited apelike, rather than human, features.
Initially, I was unsuccessful in contacting Dr. Sprague. 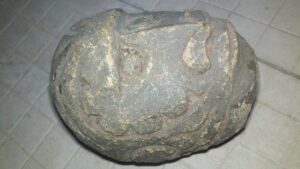 I then contacted Dick Hilton, a respected geology professor at Sierra College in Rocklin. He agreed to meet with me at his college office sometime in late 2008 or early 2009. He examined the stone and said he thought it was likely a form of porphyry, which is similar to granite. Looking at the patina of the stone and the wear evident on the high points of the carved surface, he indicated that it appeared to him to be “of some age”. He agreed that it may be native American, and if it was, it likely represented some stylized ancestral figure. I did not reveal to him my personal belief that it may represent a sasquatch face, as academics often scoff at such assessments.
Then, in May of 2009, at the invitation of Kathy Strain, I brought the artifact to the Yakima Bigfoot Roundup in Yakima, Washington, where Kathy was to be one of the presenters. Kathy graciously allowed me to show the carved head to the participants during her presentation on Native American cultural aspects of the Sasquatch. It made quite and impression, and generated much discussion afterwards. Dr. Jeff Meldrum, Dr. John Bindernagel, and many other notable Sasquatch experts examined it and found it very interesting, though they were understandably cautious in their initial assessment of it.
Since that event, I have continued to research the possible origins of the carving, and have found many stylistic similarities in the cedar masks of the First Nations people, especially the Bella Coola and Kwaiutl. 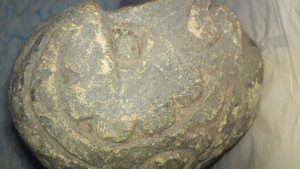 I finally did reach Dr. Sprague a few years ago, but he was ill at the time, and not able to give me his assessment of the carving. He died soon thereafter, but his wife, an archaeologist, thought the carving merited further research and encouraged me to continue my quest.
I recently send photos to Scott Wolter of America Unearthed, as he is a forensic geologist, and specializes in microscopic examination of grooves etched into stone (i.e., ancient runes) in order to determine whether the grooves demonstrate weathering consistent with great age. As you may know, Scott’s exhaustive study of the Kensington Runestone found conclusively that it was a genuine 14th century artifact, and not an elaborate hoax, as had been claimed for years.
Scott expressed interest in seeing my carved head firsthand, and indicated he would contact me the next time he comes to the West Coast.
Also, First Nations shaman Thomas Sewid was very impressed by the carved head, and indicated he thought it might be the head of a war club or pestle.
Take a look again and don’t hesitate to ask me any questions you may have.