This is a very interesting piece of UFO history, and it clearly shows how important this reference was to Reagan to remain in the speech, despite his speechwriters trying to take it out. 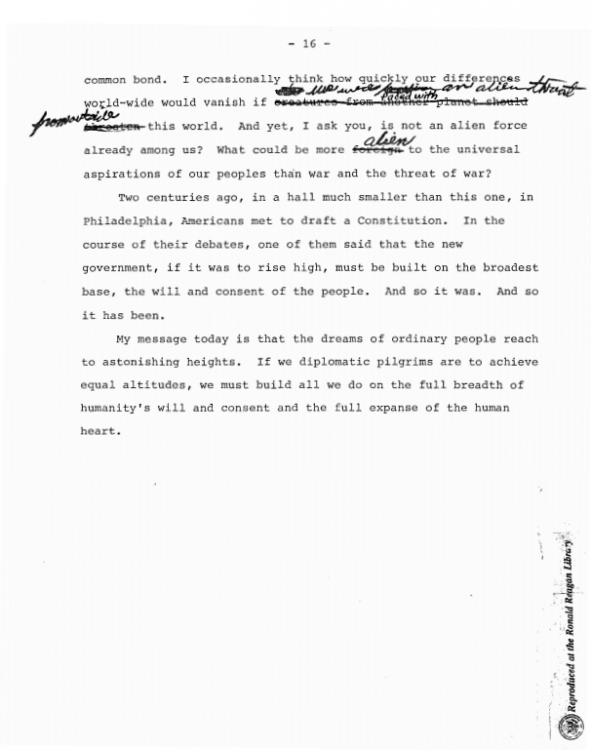