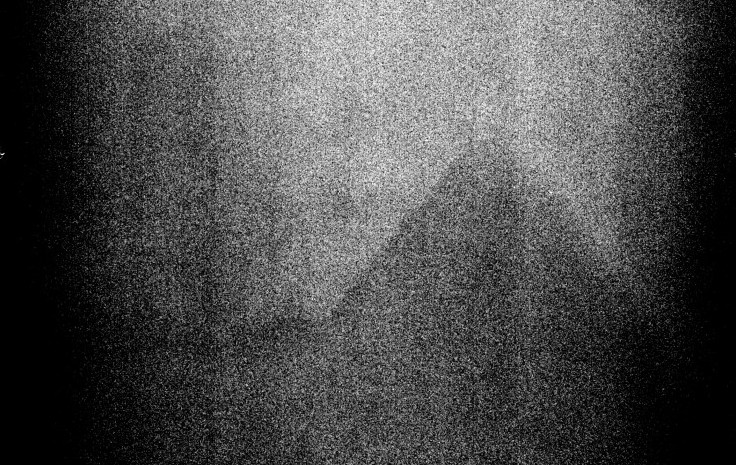 However, when looking at the photo, you can clearly see it isn’t blank. What appears to be a pyramid shaped object, or structure, appears faintly in the background.  What also adds to the legitimacy of the photograph, is there is a blurry, out of focus “foreground object.” This supports the theory this is a legitimate photograph (not a “blank” photo as NASA suggests) and that there could possibly be a structure captured on film.

What do you think? Post your comments and theories below.

Possible explanation? While looking at other photos in the sequence, it appears this could have been a bad photo of the floor of the lunar module.

On the same magazine this photo was taken, there are other “pyramid shaped” angles that may resemble a pyramid in a poor photo.