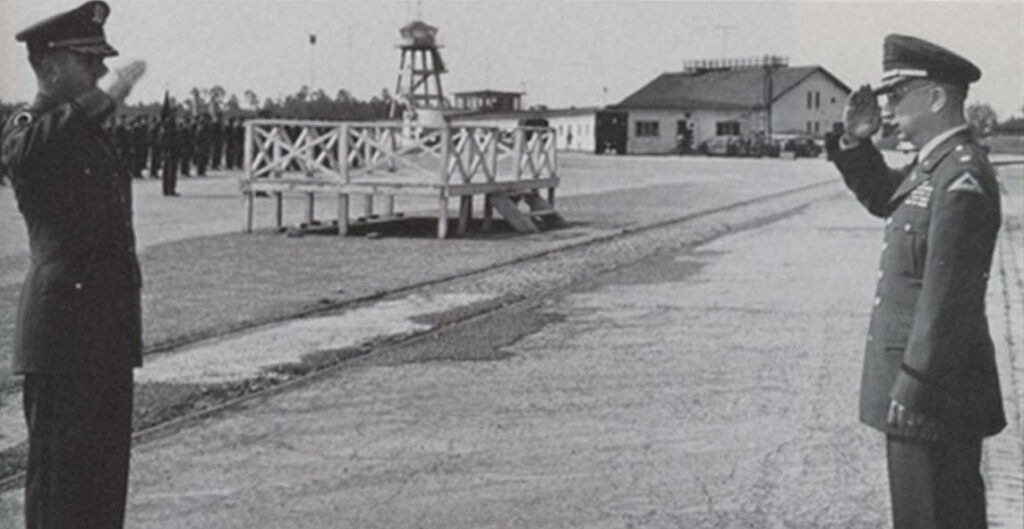 Corso published The Day After Roswell, about how he was involved in the research of extraterrestrial technology recovered from the 1947 Roswell UFO Incident. On July 23, 1997, he was a guest on the popular late night radio show, Coast to Coast AM with Art Bell where he spoke live about his Roswell story. This interview was rebroadcast by Coast to Coast AM on July 3, 2010.

The Day After Roswell 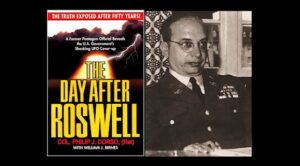 In his book The Day After Roswell (co-author William J. Birnes) claims he stewarded extraterrestrial artifacts recovered from a crash near Roswell, New Mexico, in 1947.

Corso says a covert government group was assembled under the leadership of the first Director of Central Intelligence, Adm. Roscoe H. Hillenkoetter. Among its tasks was to collect all information on off-planet technology. The US administration simultaneously discounted the existence of flying saucers in the eyes of the public, Corso says.

According to Corso, the reverse engineering of these artifacts indirectly led to the development of accelerated particle beam devices, fiber optics, lasers, integrated circuit chips and Kevlar material.

In the book, Corso claims the Strategic Defense Initiative (SDI), or “Star Wars”, was meant to achieve the destructive capacity of electronic guidance systems in incoming enemy warheads, as well as the disabling of enemy spacecraft, including those of extraterrestrial origin.

I received Colonel Corso’s DA Form 66 back in 1998. Below, you will find a critique of the records vs. the details in the book.

The Day After Roswell, caused immediate controversy when it was published in 1997 because of the apparent qualifications and background of the author retired US Army officer Philip J. Corso, and because of the extraordinary claims made in the book: that Corso handled and parceled out to US industry technology recovered from a UFO crash in New Mexico in the late 1940’s.

The documents, images of which are presented below, were originally obtained by Larry Bryant through a Freedom of Information Act request, subsequently supplied to Jan Aldrich of Project 1947, and finally sent to us by Jan. The documents are Philip J. Corso’s Department of the Army Form 66, Officer Qualification Record, which summarizes his military career. The information contained in this record is in summary form, and generally can’t be used to determine specific reasons why something happened in a person’s career. Some items are blacked out because of the Privacy Act. Some items are in apparent conflict with statements made in The Day After Roswell.

CUFON is presenting these items in furtherance of our goal to make pertinent information freely available to an interested public. Corso’s book has further divided much of the UFO community seemingly validating the belief systems of some, and damaging those of others. Corso’s credibility results largely from the credentials he brought to the subject by virtue of his military career. The documents presented here, while not his whole military personnel record, shows some apparent conflicts with claims made in The Day After Roswell.

Comments below are from Jan Aldrich:

The information on the forms provides the following facts:

William Birnes called me up to dispute this little point. I still stand by what I said and the records bear me out, Corso was only chief or HEAD of the Foreign Technology Division for 90 days not two years.  You can parse words all you want the first sentense in Corso’s book definitely leaves the impression that he is the chief or head. If that was not what was intended, then it should have been worded differently.

Certain things can be inferred from Corso’s record. However, drawing conclusions from limited information is very likely to lead to incorrect answers.

DA Form 66’s are generally better maintained for officers than for enlisted personnel. Assignments and “duties performed” for officers are usually taken from their rating reports. However, mistakes are incorporated into the form more frequently than personnel officers would like. The officer is required to audit his form periodically and Corso’s form indicates that an audit was done just prior to his retirement.

So with the qualifications expressed above, what can be concluded about Corso’s career?

The DA Form 66 does not indicate security clearances. Generally, today a Battalion Commander in the Air Defense requires a Top Secret/Sensitive Compartmentalized Information (TS/SCI) clearance which requires a Special Background Investigation. Clearance information is on the clearance form itself or on the Officer Record Brief.

Some of Corso’s assignments like Unit Advisor to the National Guard in Towson, Maryland from 10 Oct 60 to 5 May 61 could very well have been a cover assignment, or may have been an actual assignment. If Corso were such a fast burner in the intelligence field, his superiors should have got him his promotion to full Colonel. That may have required some greasing of the skids with the Artillery Branch, but certainly not unheard of.

Speculation on what could, should or would have happened is just that: speculation.