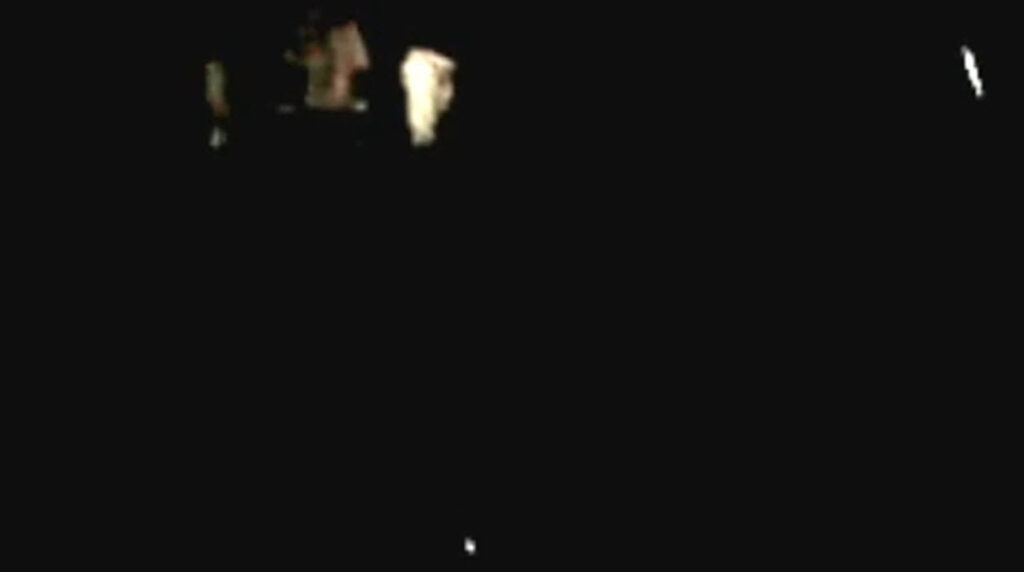 The following case was first submitted through the UFO Reporting hotline for The Black Vault / TBV Investigations. It was assigned to Jim Kerr for investigation and analysis.

The witness stated in essence; this incident took place in April 2015 between 7:00 and 8:00 pm, but he can not remember the date in April. The witness and a friend were sitting inside a parked car engaged in conversation at the corner of Metzler Road and Lamoille Highway in the city of Elko NV. The sky was clear, with no rain or wind, and the temperature was cool.

While seated inside the car, he observed an orange light approx 85-90 degrees overhead slightly moving in different short directions but remained in the same location in the sky. Using his Windows 10 cell phone camera he began videoing the sighting. After several seconds the orange light turned white then opened up like a cube-shaped portal slightly larger than his fist held at arm’s length. The light inside the portal changed to orange and blue and was swirling around like food coloring mixed with water going down a sink drain, but the two colors did not mix. Suddenly the object began to take on the shape of an orange cube. It transformed into this cube similar to someone printing a cube with a 3D printer. The size was slightly larger than his closed fist held at arm’s length. Within this cube, at least two side profiles of human-like faces appeared. The faces appeared to morph changing slightly in shape and size. After approx one minute the portal closed vanishing into the night sky. The witness stated he was convinced he and his friend had witnessed a paranormal event of unknown origin.

Due to the fact, the witness could not remember the exact date of this event; I am unable to research and report weather and astronomical data for this sighting.

Summary and Analysis of Witness’ Statement and Video Evidence

The witness couldn’t remember the day, but in April 2015, between 7-8:00 pm, he and a friend observed a portal open in the night sky that, in the witness’ words, painted or 3D printed swirling colors within a cube-shaped portal. Moments later, profile images of human-like faces then appeared. The entire sighting and video of the event lasted less than one minute. The witness believed he had witnessed a paranormal event of a portal opening in the night sky.

I spoke to the witness twice along with a recorded telephone interview and exchanged several emails. The witness’ story never varied in detail, and he seemed sincere in relating his sighting. When I first viewed both his original video and edited video, the video was dark due to being videoed at night. In the edited, cropped, and enlarged video, I could see what he described as the profile of human-like faces but suspected the objects might fall into the category of pareidolia.

The witness’ own video footage revealed that his sighting and claims are without any doubt a hoax. During the hours of darkness, he videoed a house with two windows, with a tree in front of the right portion of the house, and a vehicle parked in front of the house. Most likely, after viewing his video, he decided to hoax a paranormal event in the sky telling tall tails of portals, swirling colors, cubes, and the faces of human-like entities.

My conclusion: Solved; Hoax. Filming a house at night claiming it was a paranormal portal in the sky.