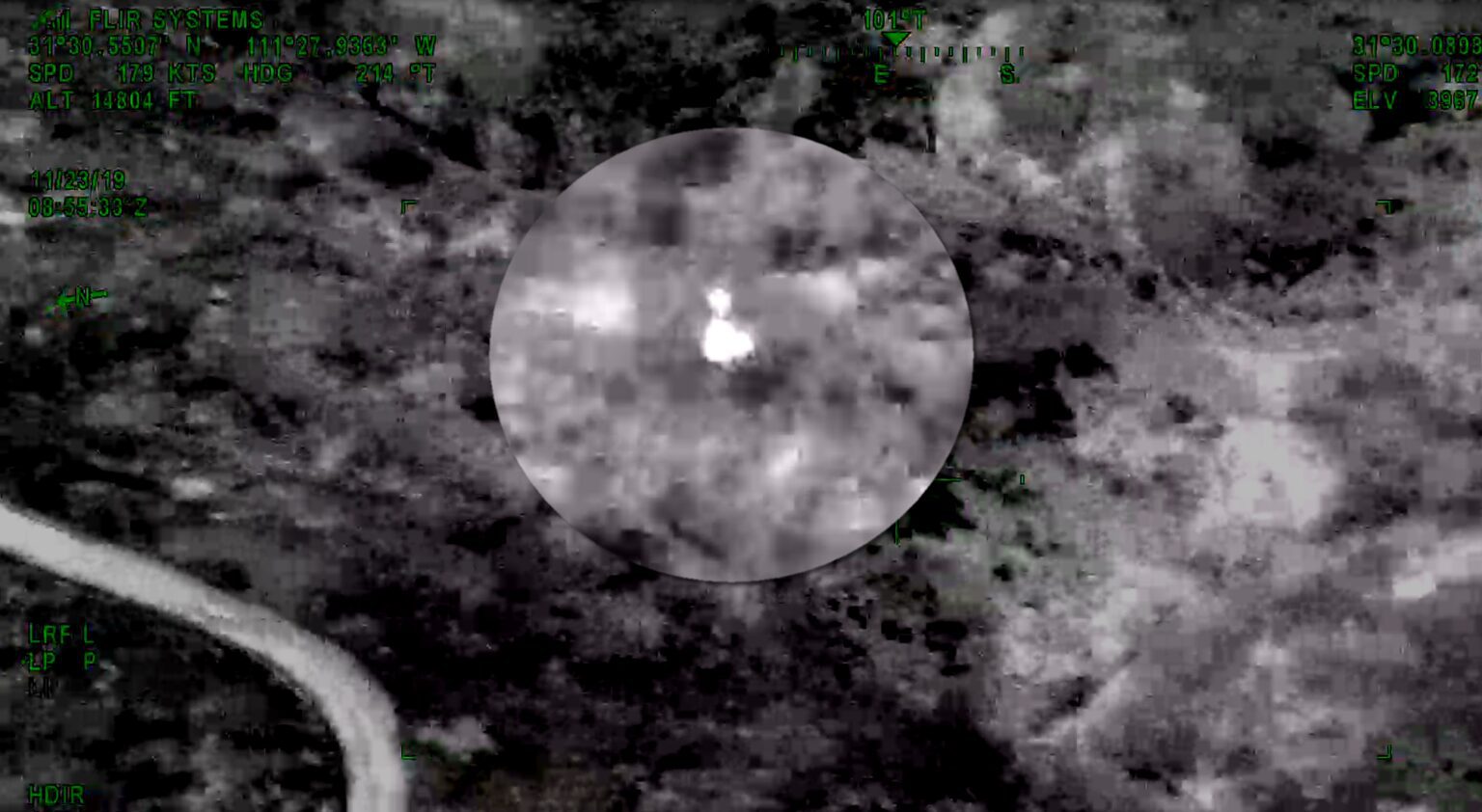 Case File Status: Information Case Only; No Formal Analysis by The Black Vault.
The Black Vault holds no position of what the video depicts, and offers this page for the community to analyze all information available.

This case is also still unfolding so this page will likely be updated frequently.

The following video is allegedly a “leaked” video from the Department of Homeland Security. Per the on screen display, it was shot on November 23, 2019. The object is allegedly is Unidentified Aerial Phenomena (UAP) and can not be explained.

According to the video’s description, as posted by NY UAP DISCUSSION (which is unedited):

“I am finally proud to present to you guys the very FIRST legitimate footage of a genuine UAP craft tracked for over 40 minutes by the department of Homeland Security using FLIR optics system in black hot mode. The footage was captured by an RC-26 reconnaissance plane looking for drug smugglers somewhere over Tuscon Arizona. The object was spotted 20 minutes into the footage and was tracked for a full 40 minutes until the footage ended. The object in question has been verified as anomalous by the organization which analyzed the footage, however, that analysis will be released later on in the year as it is still going through its peer review stage. The object in question is traveling anywhere between 90-200 mph as it flies over the desert surface and is also changing direction as it flies. It is estimated to be about 5 or 6 ft long and looks to have a second smaller appendage that flies with it but it is still uncertain if the smaller orb like object is actually a part of the main one or separate from the main. Also there is no clear indication that there is anything between both parts to show they are attached. The object is emitting zero heat yet accelerates and decelerates throughout the footage. The change in speed and direction is evident by the terrain as it changes while the object is being tracked and also the speed can be seen in the upper right hand side of the FLIR info. The object can also be seen rotating as it flies. Birds, balloons, drones, and all other conventional explanation has been ruled out until Mick West gets a hold of this and claims the object is nothing more than a Frisbee thrown by the worlds strongest man. Mick West himself. I wanna give a special Thank you to Dave Falch for all of his help with analyzing this footage for me!! That will be posted next!!!”

The Black Vault reached out to NY UAP DISCUSSION to host the RAW/UNEDITED file. That was denied, but was said to be released at a later date. The file that was released, and archived here with permission, is 8GB in size, and according to NY UAP DISCUSSION, is the largest available size at the moment.

YouTube’s compression seemed to have compressed the footage by about a third. So, this file here is exactly what NY UAP DISCUSSION sent to archive.

There has been NO formal analysis by The Black Vault, though Dave Falch who specializes in FLIR footage, did. That video is also available below.

The “RAW” and unedited file apparently is being held, for now. According to NY UAP DISCUSSION, it will be released in the future at an unknown date. They claim a full analysis was done, and once that is published, the “RAW” file will be released with it.

In an attempt to archive the best resolution available, The Black Vault reached out on October 6, 2021, to get the file. It was said there is an 8+ GB file that was used for the YouTube version upload (see below), though YouTube crushed it to approximately 2.4GB and it was also 1080p 50fps, a non-standard format for something like this.

Getting the 8+ GB file was proven to be a challenge. After some back and forth, it was determined the 8+ GB file was an upconvert of a 2+ GB file, to take it from 1080p to 4K. The Black Vault through a private arrangement, received what was said to be the original files sent over from the anonymous source. There were two files total. Per request, The Black Vault was asked to redact identifying location information / GPS coordinates, along with adding an identifying image to the video. This was done, per that agreement, and the best copy was exported, keeping the original 1920x1080p 30fps quality and exporting at the absolute top bit rate available (without up-converting the frame size).

There seems to be no loss in visual quality after the re-export, once the requested redactions were done.

The result is a 4.24GB file, which is available for direct download within this

.zip file [4.16GB]. Sadly, the compression artifacts are in the “best quality available” versions sent over to me for exporting. I was told these were the best versions available.

Note: There are a few frames seemingly missing around the 00:29:59 mark. That is where the two clips spliced together, and the source files used seemed to have dropped the frames by whomever created/exported them originally. I am noting that here in case anyone felt I edited the video.

Here is an archived

.zip file [2.37GB] of the above YouTube video. This is not the same as the export done by The Black Vault, which is available for download above.

The following clip is from the interview with Max Moszkowicz on September 12, 2021. It is clipped here with the segment of the interview.

On October 7, 2021, Luis Elizondo also commented on the footage in an article by The Sun. The published comments were:

The following is analysis by Dave Falch. According to Dave:

“This video was made to show just how unconventional and eerie the object is in the DHS ‘RD’ video! I cover some basics of the FLIR (forward-looking infrared) to give an idea of what we are seeing, and why it’s so unnatural. Video courtesy of NY UAP Discussion, YT page here: https://www.youtube.com/user/UFOCompilation“

Noted skeptic and debunker Mick West has also weighed in.

“This looks like the path a border patrol plane makes when following something like a bunch of mylar balloons drifting in the wind at night.” 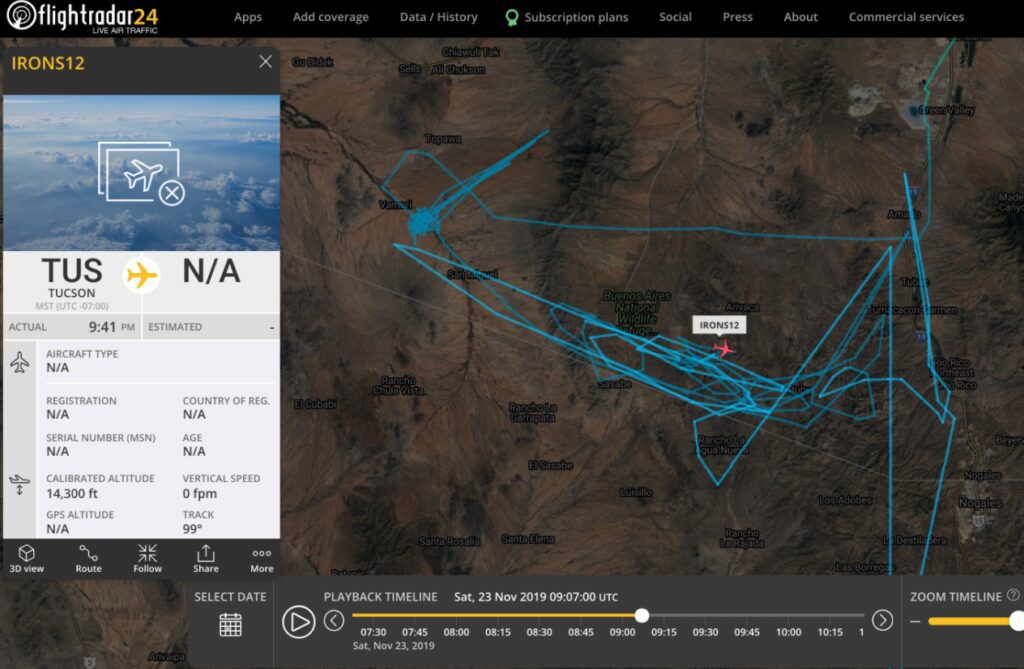 The Black Vault holds no position of what the video depicts, and offers this page for the community to analyze all information available.