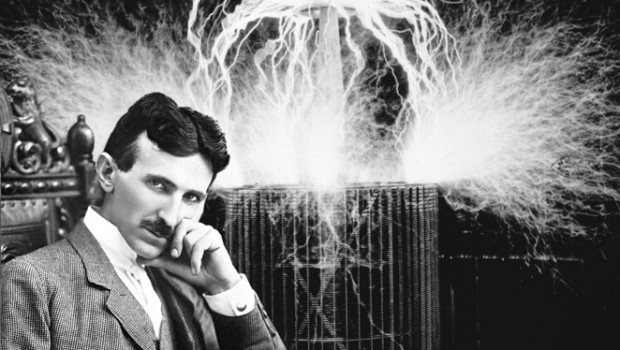 Here is the text of the transcribed article from Nature Magazine, April 22, 1961:

We are witness again to a surge of interest in, and speculation about, extra-terrestrial radio transmissions I which had an earlier flare in the late twenties. The favourable change in climate for the expression of such ideas since the turn of the century has been of particular interest to me

In 1899, Nikola Tesla established an experimental station at Colorado Springs, where he would be free to pursue certain electrical investigations, unrestrained by the limits imposed by his New York City laboratory. In an article by him, published after his return to New York in the following year, he presented a rather thrilling account of signals received while alone one night at the experimental station:

“The changes I noted were taking place periodically, and with such a clear suggestion of number and order that they were not traceable to any cause then known to me. I was familiar, of course with such electrical disturbances as are produced by the sun, Aurora Borealis and earth currents, and I was as sure as I could be of any fact that these variations were due to none of these causes. . . . It was some time afterward when the thought flashed upon my mind that the disturbances I had observed might be due to intelligent control. . . The feeling is constantly growing on me that I had been the first to hear the greeting of one planet to another. . . . I announced to the Red Cross Society, when it asked me to indicate one of the great possible achievements of the next hundred years, that it would probably be the confirmation and interpretation of this planetary challenge to us.”

I have acquired the original of Tesla’s statement to the Red Cross Society, dated Christmas (January 7), 1900, which I believe is the first expression of the possibility of radio communication with other planetary communities. The announcement was harshly criticized. This was particularly unfortunate since, because of such attacks, Tesla never produced detailed information concerning the results of his intended investigations and the chance reception of signals.

Note from The Black Vault: I would like to offer a special thanks to Reddit user “VellEvy” for assisting in tracking down the full article for use on The Black Vault.