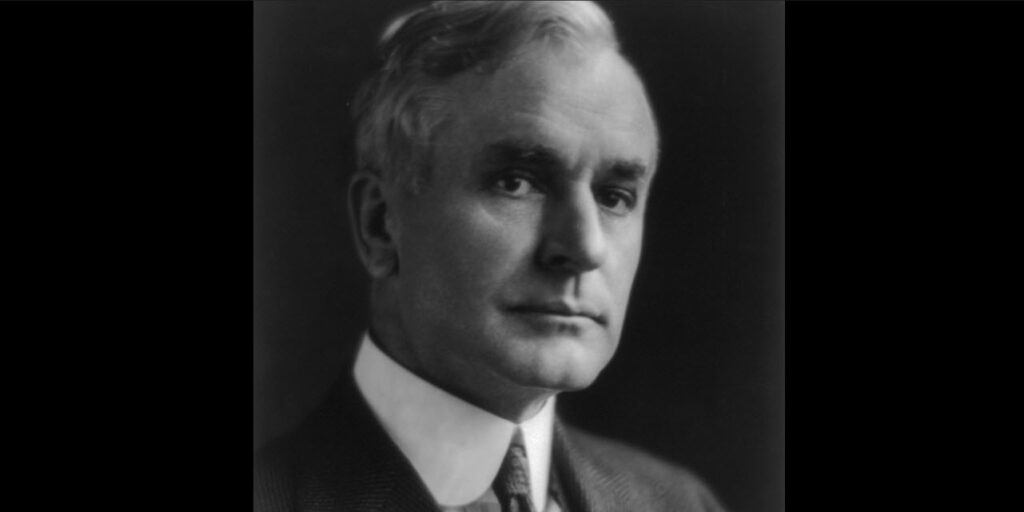 The following was written by B.J. Booth of UFO Casebook, and used here with permission:

William E. Jones writes, “I thought your readers should be aware of the Cordell Hull story that alien artifacts were in our hands in 1939.”

In early December of 1999, the Center of UFO Studies received a letter from the daughter of the Reverend Turner Hamilton Holt:

“Today I want to share some knowledge that has been, by request, kept secret in our family since sometime in World War II. This concerns something my father was shown by his cousin Cordell Hull, the Secretary of State under Franklin Roosevelt.

“Snip, my father, who was young, brilliant, and sound of mind, told us this story because he didn’t want the information to be lost.

One day when my father was in D.C,. Cordell swore him to secrecy and took him to a sub-basement in the U.S. Capitol building, and showed him an amazing sight:

(1) Four large glass jars holding 4 creatures unknown to my father or Cordell [and],

(2) A wrecked round craft of some kind nearby.

“My father wanted my sister and I to make this information known long after he and Cordell were dead, because he felt it was a very important bit of information.

We have researched your group {MUFON} and feel it is the most reliable group in the country. We hope that you will research and search this information.

The jars with creatures in formaldehyde and the wrecked craft are somewhere! “Cordell said they were afraid they would start a panic if the public found out about it.”

Cordell Hull was one of the greatest statesmen of the 20th Century with absolutely no apparent reason to tell this story unless it was true, especially at a time when stories of flying saucers and their alien drivers had not yet become part of our culture.

Hull was elected U.S. Senator 1931-1937, as chairman of the Democratic National Committee, and became the Secretary of State under President Franklin D. Roosevelt in March 1933, the longest in American history until 1944, when he resigned because of ill health.

He was also offered the Vice Presidency and in 1945, Cordell Hull won the 1945 Nobel Prize for Peace.

Reverend Holt and Hull were both born in Pickett County and were cousins and friends. Holt attained a Doctor in Theology degree from Ashland Theological Seminary, and was a minister at the Shenandoah Christian Church in Greenwich, Ohio.

He was a community leader, and wrote a book entitled Life’s Convictions. He married Vina May Clark and they had three daughters. Two of the daughters claim they had been told about the creatures by their father. Lucile’s original letter essentially tells the story as her father told it to her when she was a teenager.

Unfortunately, Lucile said that she was too young to really pay much attention to what her father told her but Allene, the mother of Eloise, the co-author of this story was told the same story as her sister.

Both sisters assured us that they remember the stories independently. Reverend Holt described the entities in the glass jars as “creatures, a term common for his day…” He never referred to them as “aliens” or “extraterrestrials.” He never said where they came from.

Lucile stated that his experience happened in the “late 1930s,” probably 1939. The material that was nearby the less than four feet tall creatures was described as “silver metallic.”

She also remembers him referring to the material as being a “vehicle” that appeared to have been taken apart and was “in pieces.”

He said the color of this material wasn’t a color that he had seen before, but for the lack of a better word he used “silver.” Reverend Holt was not the sort of person to make up such a wild story and, the sisters feel that by telling the story they are following their father’s wishes.

Barbara A. Wolamin, “the curator U.S. Capitol building,” chuckled a bit after being told the story. She said, “She had never heard about these creatures being stored at the Capitol, but she did confirm there was a sub-basement that was divided into storage rooms back then.

She said that the building had been significantly changed over the years, so in a small way, part of Reverend Holt’s story checked out. After Cordell Hull left government service he wrote his memoirs in a two-volume book set.

No reference to this story appeared in these pages, in his papers in the Library of Congress.

Numerous experts and libraries were contacted and there has been no confirmation for the story. If four alien bodies and other world technology were retrieved in 1939, what would that do to our interpretation of the U.S.

Government’s involvement in UFO research? One would assume prior knowledge would have made the government ready for an event like Roswell and that the Roswell retrieval was more efficient because of that.

This is a story that truly deserves further investigation.