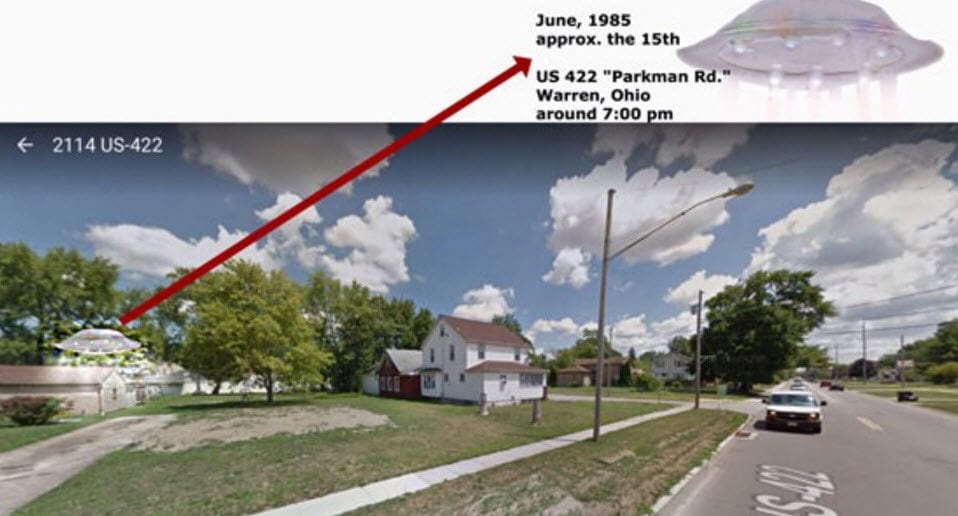 My ex husband and I in the summer of 1985 were driving on Parkman Road and saw a large disk floating above a house, through the trees, as we were driving down the street. He slapped on the brakes and backed up and we glimpsed as it flew straight upwards and was gone. It happened so fast. It was about 7 PM.

The chrome (brushed nickle in color is best described) disk shaped aircraft had “colors around” as if painted onto the chrome. We also saw lights that shined down but were very dim and shining downwards. It was about the size, or a bit bigger, than a house roof. And had it wanted to land, there would have been no room anyhow. Nobody has ever believed us so we never told too many. LOL!