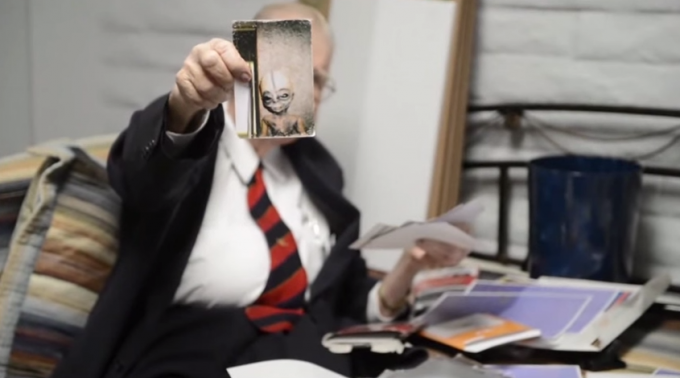 In 2014, a video surfaced on the internet, that largely has been taken down due to copyright claims, but, of course, the video can be licensed for a fee (of course it can be).  So, the video is not archived here, but you can find it doing a Google search.

The description for the video was posted as follows:

Shortly before Boyd Bushman passed away on August 7, 2014, he was video recorded candidly speaking about his personal experiences with Area 51, UFOs, aliens and anti-gravity ideas. Boyd was a retired Senior Scientist  for Lockheed Martin. His career spanned over forty years, was awarded many patents, and included work with defense contractors Hughes Aircraft, General Dynamics, Texas Instruments, and Lockheed Martin.

After some investigation, it appears this can easily be debunked. The Black Vault received quite a bit of feedback regarding the story of Boyd Bushman, including the allegation that the photo of the alien that Bushman is holding up, is in fact, a toy.  It does not take long to realize, that is absolutely what Mr. Bushman was trying to pull off.

The following video offers the proof, as posted by Tom Mandrake: 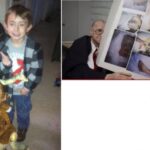 Comparison between a toy, and the Boyd Bushman alien 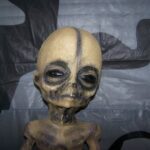 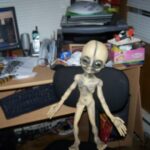 Once Mr. Bushman died, I went after FBI records on him.  Not only did he have a file, but showed he was under investigation for some ‘contacts’ that he had. The concern was that he was sharing secrets to foreign entities. Could this investigation be the motive to concoct such a story? We will never know for sure, but this can comfortably be put to bed as a hoax.

A hoax, given the above evidence.