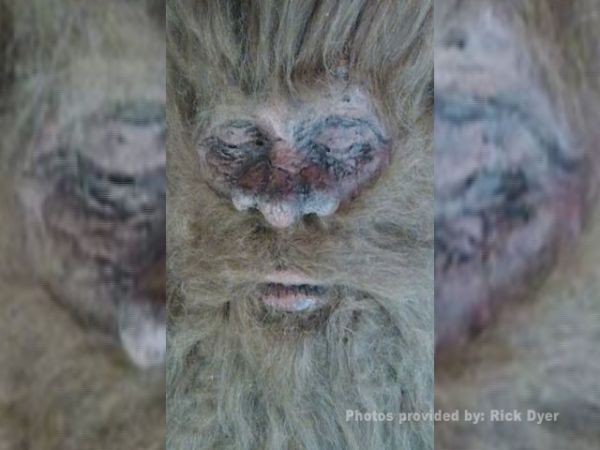 We’ve heard the stories and the tales of the 8-foot tall creature better known as Bigfoot. Some say they’ve seen him, many believe it’s a myth, but one man claims he’s actually killed the creature.

Rick Dyer recently released photos of the Bigfoot he claims to have killed outside of San Antonio Texas.

“The reason why I released photos of the beast couple of days ago is because I just received the body,” said Dyer.

According to Dyer, the body has been at a university in Washington getting tested. He did not want to disclose exactly what university that was at the moment, but he did mention the university would be at a press conference in February to stand behind him.

“DNA, DNA sequencing, scans, autopsy, everything you can imagine it was being done,” said Dyer.

Aside from his tracking skills, Dyer said he managed to kill the 800 pound creature by listening to people he said no one would listen to and by using pork ribs.

“When they came I killed one, there was a couple that night, but I just managed to kill one,” said Dyer. “I shot him twice in the back and once in the head.”

Dyer said he decided to kill the creature for redemption.

“I pulled off a hoax in 2008 and ever since then I was fascinated by Bigfoot and the only way for Rick Dyer to get any redemption was to bring one in because nobody believes Bigfoot, they categorize Bigfoot as the tooth fairy and the Easter bunny and Santa Claus,” said Dyer. “I made Bigfoot from a myth to a reality.”

“I am the first person who has ever killed a Bigfoot, that’s without a doubt,” said Dyer. “Others may claim it, but no one has produced a body but Rick Dyer. They give you a piece of bear meat and tell you to go test it, I have the body. I’m the real deal.”

According to Dyer the body will eventually end up in a museum, but before it does, he plans to show it around.

“We are actually going to go on tour throughout the United States and into Mississippi and I will be happy to bring it by your studio,” said Dyer.

Dyer said a medical press conference is scheduled for February 9 in Washington. There he said all results and evidence will come to light. He also said more pictures will be released soon by a major network.