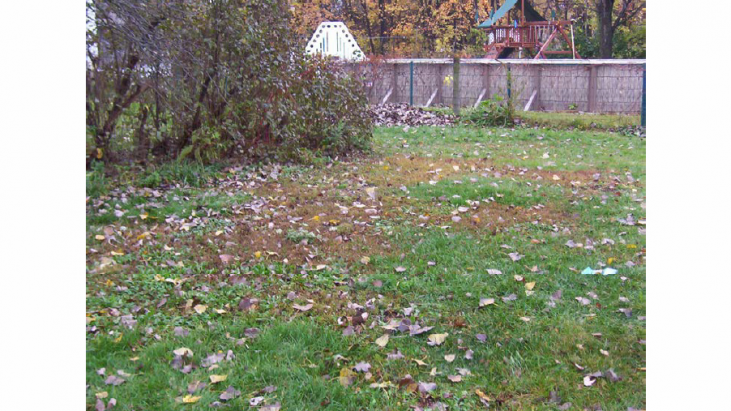 A possible abduction event occurred on July 19, 2003 in Westland, Michigan. Following is the witness account.

“I found myself sleepwalking outside in my backyard when I gained consciousness. I noticed that there were pod like ships landing all over my neighborhood, and I decided to hide after seeing an older man being chased by something. I hid in what I thought was a triangular shaped tent. The old man ran towards my hiding spot and was knocked unconscious somehow. The next thing I know this “tent” (it couldn’t have been a tent because it was hard and had an acute triangular opening) is surrounded by a soft color blue (but bright) light. Both the “tent” and I start to rise off the ground and the old man falls out onto the ground. The next thing I remember is a blond haired, soft spoken woman calling my name “Rebecca, wake up”. I am lying on my stomach and my lower back is in a lot of pain. I remember mumbling that I was hurting. The room was dark and seemed to have machines or equipment along the wall that was closest to my head. She escorted me out the door and down a fairly narrow hall to a room with bunk like beds for me and 3 blond haired boys who were genetically related to me. Shortly after that I woke up.”

“I wasn’t sure what to make of this but I did remember the boys and knew that they were my cousin Rick’s sons. I have not seen my cousin in over 15 years and did not know that he even had kids or a wife but I somehow knew that they were his sons. I knew their ages, what they looked like and even the name Christian came to mind. Because this disturbed me so much, I decided to find my cousin Rick. My mother got a hold of his wife and discovered that Rick has three sons each about the age I said. They all have blonde hair and look considerably like their father (my cousin) and they all have Christian (very biblical) names like Noah. The funny thing is that I knew one of the kids had a pull-up on and much to my surprise the oldest son has bladder issues and wears them. Finding all of this out confirmed that it more than likely was not a dream and now I do not know what to think.”

A few months later it was noted that there was a ground disturbance at the site where a “pod” was located. “According to the (above) narrative, this is probably NOT a craft ‘touchdown” site, per se, i.e., subject to possible fuel contamination, etc. It is ‘allegedly’ an energy trace which resulted from the presence and “beaming up” of a “tent-shaped” “trap” into which the abductee ran for shelter, only to be transported, “tent” and all, to another aerial location.”

A description of the site area was provided by Chuck Lietzau and Bill Konkolesky. Bill’s notes and a drawing can be found in the appendix. The ground disturbance consists of a bare area with some pigweed, ca. 15 plants per square foot. A photograph follows.

The objective is to examine soil from the formation to see if any unusual chemicals are present.

No unusual foreign material was detected in the ring soils. Also, there is no evidence of an increase in “magnetic drag”. Material found in both the control soils and ring soils are the same and include ammonium nitrate, carbonate mineral, and expected natural products derived from plants, i.e. soluble celluloidal material, humates, natural ester.

It is noted that there is more ammonium nitrate in the bare area than in the control and FG (formation green) soils. Possibly the excess ammonium nitrate may be relevant. An excessive amount could cause a burn out of the vegetation.

Ammonium nitrate is commonly used as a fertilizer, but “Rebecca” says that no fertilizer has ever been used on the lawn. However, ammonium nitrate also occurs naturally in the soils. “Metabolism of humus by soil bacteria makes gaseous nitrogen (N2) in air available as ammonium (NH4 +) or nitrate (NO3-),which the plant takes up.”

However, it is unknown why excess ammonium nitrate would be created in that specific portion of the yard as opposed to the other areas.

It can also be speculated that perhaps an outside energy source may have caused the denudation of vegetation by heat and/or creation of the excess ammonium nitrate. Perhaps the propulsion system of the craft generates a strong ionizing field. This might induce oxygen and nitrogen in the air to form nitrates.