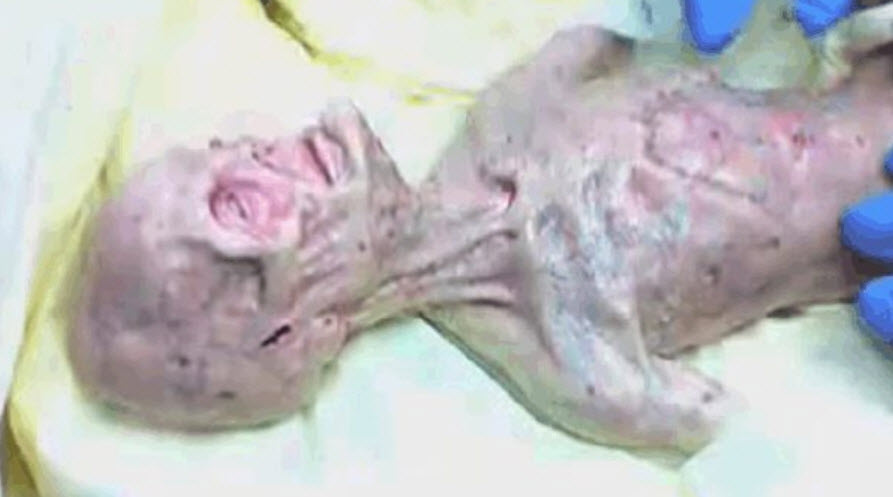 In March of 2008, a video appeared on YouTube of an alleged Alien Autopsy. The poster, who claimed no responsibility for the creation of the video, had no knowledge of it’s origin and gave no other information.

The video was archived here on The Black Vault for discussion. No known source is currently known and the debate continues on “real” vs. “fake”.

One thing that sticks out is the tools that are used, and the fact they are not medical-grade. Also, the gloves are incorrect for use during such a procedure.

This should be considered, however, there is nothing to show this was done by a medically trained person, or a government agency that would have the proper tools and facility. So, although it may be important, it could equally be irrelevant.

Without knowing more information – it will be very hard to determine what this is.  Comments are surely welcome below.