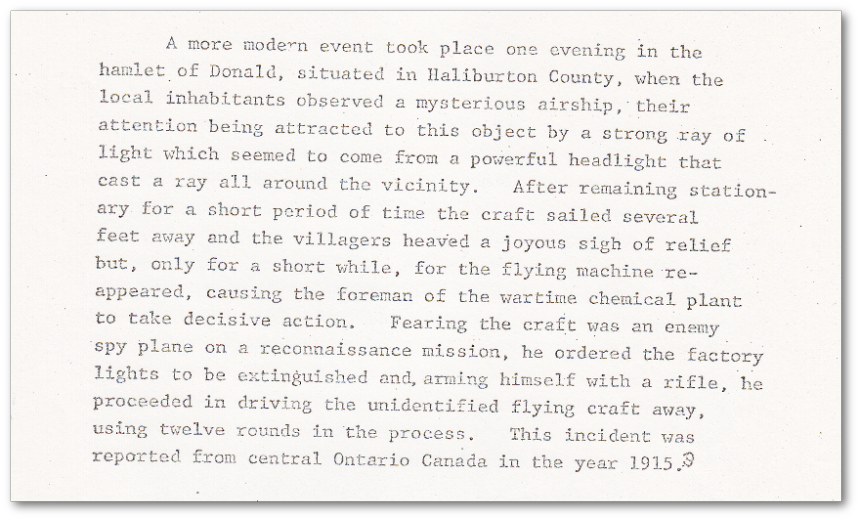 The following is part of the Henry McKay Archives. It is used here on The Black Vault, with permission:

The following is a transcript from an audio cassette recording of Henry McKay, around the 13 minute mark.

This would have been at either one of his lectures or his course.

The cassette is simply labelled as “UFO Talk H.H.M”. Date unknown. From the files of the Henry McKay UFO Archives.

NOTE: A few words are indiscernible, which have been marked with “????”.:

“In 1914, in a little community north of Lindsay, Ontario there was a munitions factory that was subjected to an intense light hovering over the area, over the village, causing concern to the people who were working in this munitions factory. They assumed it was some sort of German military aircraft ready to bomb them.

The foreman of the plant ???? the lights in the plant and fired at this light source driving it away. Only momentarily because apparently it came back.

This was reported in the Lindsay paper, many many years ago.”

The following is an extract from a paper written by Henry, which he presented at the first International UFO Congress in Acapulco, Mexico in 1977.

It gives a bit more info on this case: