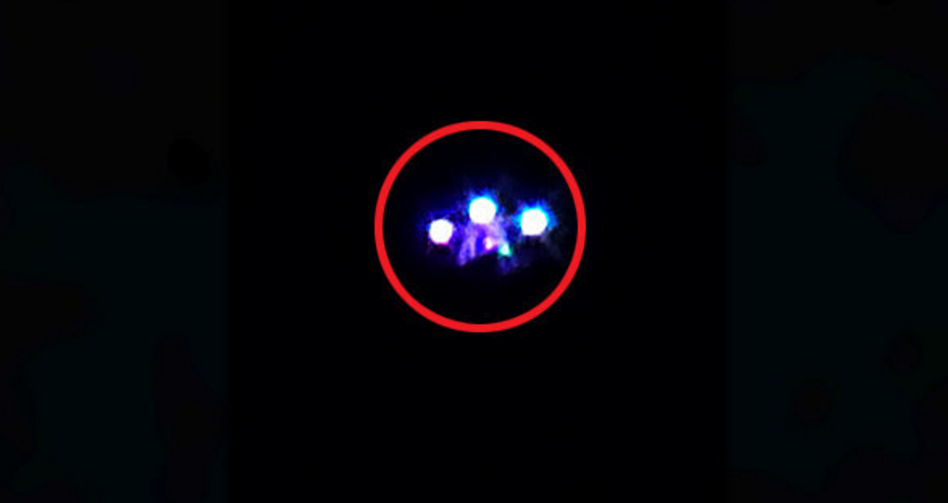 Note from The Black Vault: This case was published by the Daily Star and is archived here for reference. With the color of the object, it is quite likely this is a drone or other RC craft, but is published here for comments.  It should also be noted that this was submitted as having occurred on July 4, 2016, a date infamous with UFO sightings connected to firework shows around America.

The footage – recorded on a HD camera by an unnamed man in Maine, USA – appears to show a collection of bright purple coloured lights high in the sky. The person who filmed the mysterious purple object said: “I was in my home with my wife and teenage son when we all saw the object high in the sky.

“We thought it could be a sophisticated large drone, possibly military, but when we reviewed the video frame by frame, it appears to spin and then disappear.

“We were excited to see the object even if it turns out to be just a drone.”

He added: “My wife posted the video clip to her Facebook account and our friends were shocked.”

The video has attracted a lot of attention on YouTube where it has gained thousands of views.

Many suggest the UFO is actually just a drone or a remote control helicopter.

But one viewer commented: “The video looks real. Whether that is an Alien craft or somebody’s drone with lights I can not tell.”

Scott Waring, who runs blog UFO Sightings Daily, said: “This object has all the features of a true UFO and does not resemble a drone or other aircraft.

“Its purple hue is unusual, but the fact is that in many UFO reports, even by police officers, eyewitnesses have seen UFOs turn multiple colours of the spectrum in seconds.

“So, the fact it changes colours only makes it more possible that this is a real UFO.”