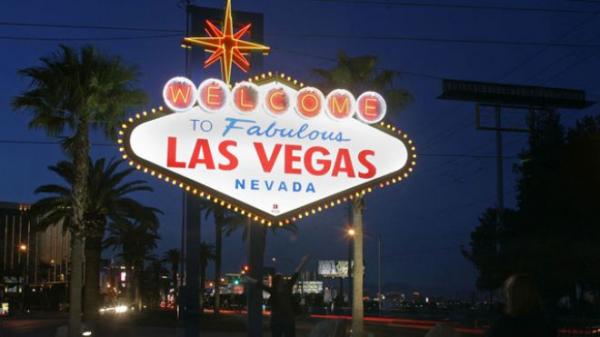 UFOs swarming over Las Vegas? Video is for the birds

UFOs swarming over Las Vegas? Video is for the birds:

If there’s one place where extraterrestrial spacecraft might not seem out of place, it’s the Las Vegas Strip, and it just so happens that a new video shows a host of UFOs swarming over Sin City.

The video, picked up by a blogger at gather.com, shows what appear to be a triangular group of white lights flitting about the night sky above Las Vegas. As the seven-minute video rolls on, dozens more lights join the action. [Click for video]

The astounded and salty-tongued witness, who goes by the YouTube handle NuroNews, narrates the video: “Nobody’s paying attention to this [s—] but me… this is absolutely incredible … Look how they move around, they’re attracted to the light.” The video was apparently shot March 21.

So what is it? Does this video really defy explanation? Or, as is the case with many UFO videos, is the explanation much more mundane?

A clue to the identity of the UFOs is their flight formation; they appear in a more or less vertical column. The video is very shaky, making it difficult to accurately judge the movement of the lights, but it’s clear that the unidentified flying objects are not hovering in a stationary position like many alleged UFOs. Instead, they’re in constant motion, like an airplane or animal would be.

Another clue is the exact location of the UFOs: The mysterious lights appear in only one place in the Las Vegas skyline, directly above the Luxor Hotel.

Why is this important? Because mounted atop the 30-story pyramid is a 42.3 billion candlepower spotlight, the Luxor Sky Beam, which is the strongest beam of light in the world. The spotlight is a brilliant marketing tool that attracts millions of visitors each year — and also tons of moths and other flying insects.

The UFOs are not bugs, but the bats and birds that have come to feed on them. These animals are large enough to be seen as bright dots from far away — especially birds with light-colored feathers.

This hypothesis is backed by video from another witness, one who was much closer to the mysterious glowing objects and their source. In this video, posted on March 22, it’s much clearer that the UFOs are medium-size flying animals that glow only when they dart through the Luxor spotlight.

This is not the first time that birds and bats over the Luxor Hotel have been mistaken for UFOs; for example, another YouTube video titled “UFO Orbs Luxor Beam Vegas April 2006,” shows animals flying in and out of the spotlight.

In his video, NuroNews repeatedly expresses profanity-laced shock that no one else on the Strip seemed particularly interested about the dozens of extraterrestrial spacecraft apparently swarming the skies above. That’s probably because many Las Vegas residents and regular visitors have seen that phenomenon before, and recognized the “UFOs” for what they were. The take-home lesson: just because you don’t know what a light in the sky is doesn’t mean it’s unknown or mysterious.

Copyright 2012 Lifes Little Mysteries, a TechMediaNetwork company. All rights reserved. This material may not be published, broadcast, rewritten or redistributed.