“My neighbor Joe and I were enjoying several beers on my porch located in Carbondale, Pennsylvania. Shortly after midnight, we observed approx 6-7 LARGE Bright Orange Lights hovering in various formations over the homes across the street. These extremely bright objects seemed to appear and then slowly dim and disappear at will, and at certain times I personally could still see the objects themselves moving across the sky despite the lights being shut off.” 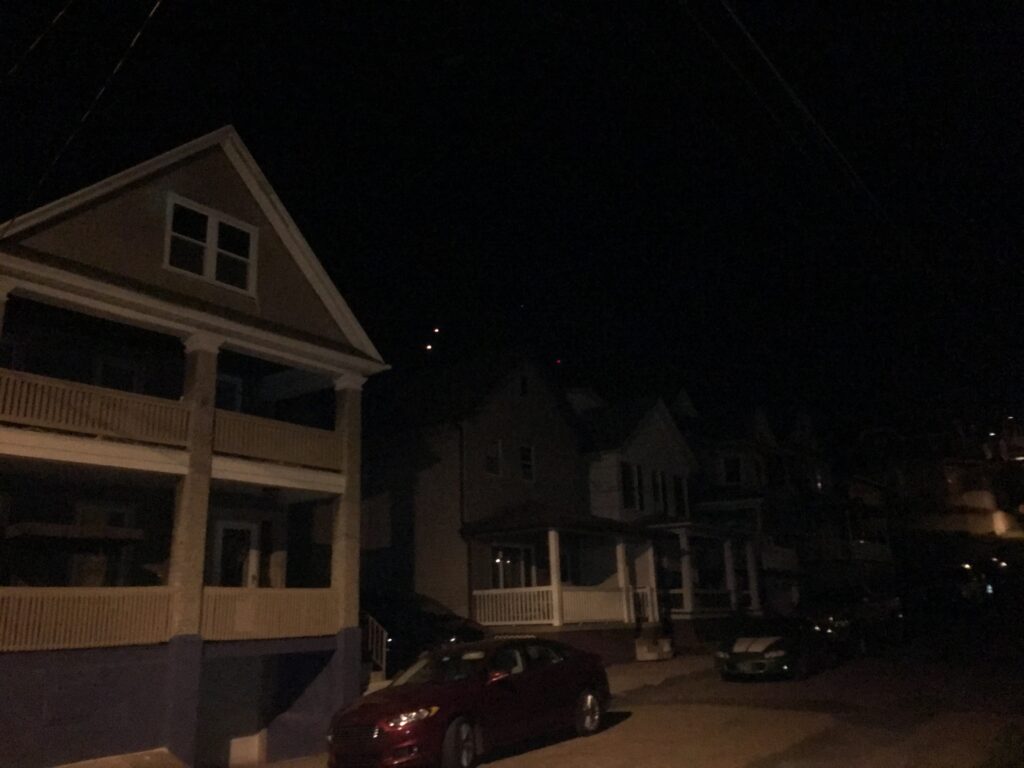 After contacting the witness regarding his sighting, the witness was reluctant to provide additional information other than that he had the video and the still photographs. I requested a detailed accounting of what he witnessed but, his account hasn’t as of yet arrived. I have contacted the witness 3 times since our first discussion and, the witness has not been forthcoming with any other information nor did he submit the video.

An attempt was made to enhance the photograph above, but no additional details that were helpful could be determined.

I am recommending that this case be closed due to lack of evidence other that the photos that the witness has provided.