The following is the original witness testimony submitted to The Black Vault by the witness (unedited):

“First two pictures September 19, 2016 was of something I saw for the lack of better words and up disintegrating this is why I thought it was but not sure. 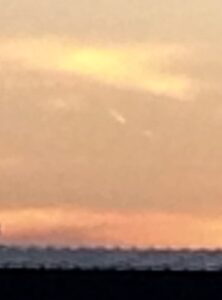 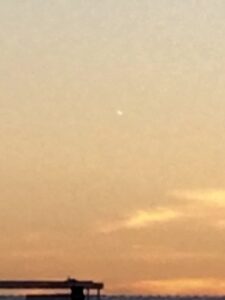 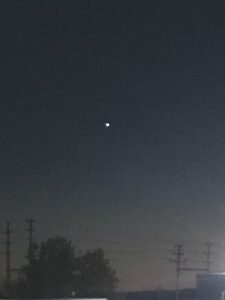 The witness has been quick to respond to additional questions I’ve presented. It was determined that the direction faced was West, which is important having seen the object descend below the tree line in the video. It was estimated (by the witness) that the object appeared about 1.5 kilometers away, but the rate of speed could not be determined.

As always, the goals with this kind of investigation is to determine possible alternative explanations for the evidence being presented, which may or may not always corroborate the witness’ experiences, however, it is not necessarily performed in attempt to discredit the witness.

During the course of the interview, the witness supplied additional photographs: 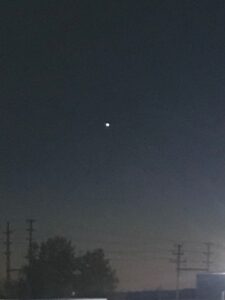 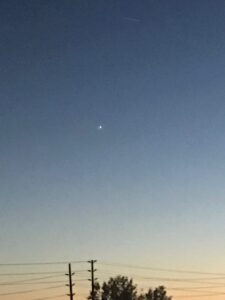 The witness also stated with the submission of these new photographs:

“Did not make a sound it was approximately 1 1/2 km from us and at that distance I can hear Jets or commercial plane at this distance. I was in the military for four years so I’ve heard planes helicopters other various things in the sky this was not it. I don’t think in good confidence I could tell you the speed of the object. Couldn’t see any form but hear is another pic of same object and you can see a jet and stream above it.” 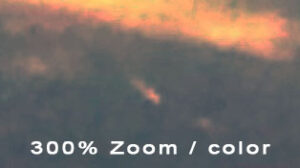 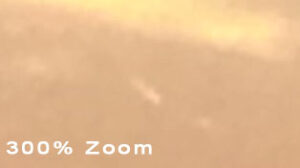 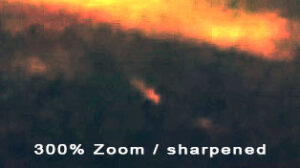 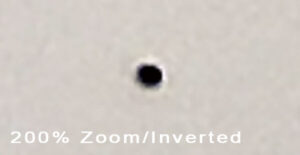 Multiple photo post-processing enhancement techniques were used in attempt to gain more detail of the object such as:

In addition, the photos were uploaded to Fotoforensics.com where ELA analysis was completed, metadata reviewed, and compression analysis was performed.

All of the photos submitted depict the object brightly illuminated, however, it was difficult to determine any significant structural details with all of the enhancements made. You will notice a shadow effect appearing on some of the sharpened images, however, that shadow does not correlate with the placement of the sun over the horizon and is most likely a result of too much sharpness being applied by the filter as it does not show up in any other image adjustments.

ELA does not suggest any manipulation of the photos, and no evidence was found that these images had been compressed or adjusted in any way. The metadata confirms the witness’s time and date report.

Airplane – I initially thought this could be a plane, but the fact that the object is moving away from the witness is key. Normally an airplane would have a bright light on the nose of the plane, rather than the tail. No blinking lights were observed, and only the single bright light is seen which doesn’t seem to vary in luminescence value. The lights on a plane would vary in intensity relative to the position of the witness as the plane travels, and you would typically see running lights as well. Given the fact that the object descends to the West relatively close to the witness, and the nearest airport is over 300 miles away in that general direction, it is unlikely this is a plane.

Helicopter – for the same reasons the plane could be ruled out (no running lights), it is feasible that the object could be a helicopter based on appearance alone. A helicopter with a spotlight could produce a similar appearance, however, the details concerning the direction of travel reduce this as a possibility. A spotlight would need to be constantly pointing in the direction of the witness to maintain its luminescence values as well. In addition, the witness claimed the object didn’t make any noise, which would rule out the possibility of a helicopter. I had considered the possibility of a helicopter landing on a helipad of a hospital as well, but it should be noted that the nearest hospital near that direction is St. Mary’s General, which is more North-West than directly West, and is approximately 23 kilometers away.

Drone – There have been some brilliant LCD lights affixed to drones in some reports. Given the close proximity, a drone could not be 100% ruled out, however, they tend to be very noisy as well. It is unclear how much distance the object may have traveled throughout the entire witness experience, but drones typically have a very short range, but some high-end models have a range of up to 7-10 kilometers.

Several details were considered given the object’s appearance, direction of travel and luminescence. The fact that no airports are nearby and the object made no sound, it is reasonable to rule out any known aircraft or drone. The consistent light brightness is also unusual when considering known aircraft.

A search of known flight paths was conducted and none were able to be found with low altitude or within such close proximity of the witness. An additional search for UFO reports in the area during the time of the witness report also yielded no results.

The photos and video also, unfortunately, did not produce much detail of the object itself.

At this time, the nature of the object remains unexplained.