The witness submitted the following testimony:

“I usually just take photos of the sky and magnify each of them later to see if I’ve got anything. Here are some photos I’ve taken over the last few months. They would be of better quality but this phone is old. Samsung galaxy mini lll. My apologies. Roland”

The following photographs were submitted for analysis by the witness: 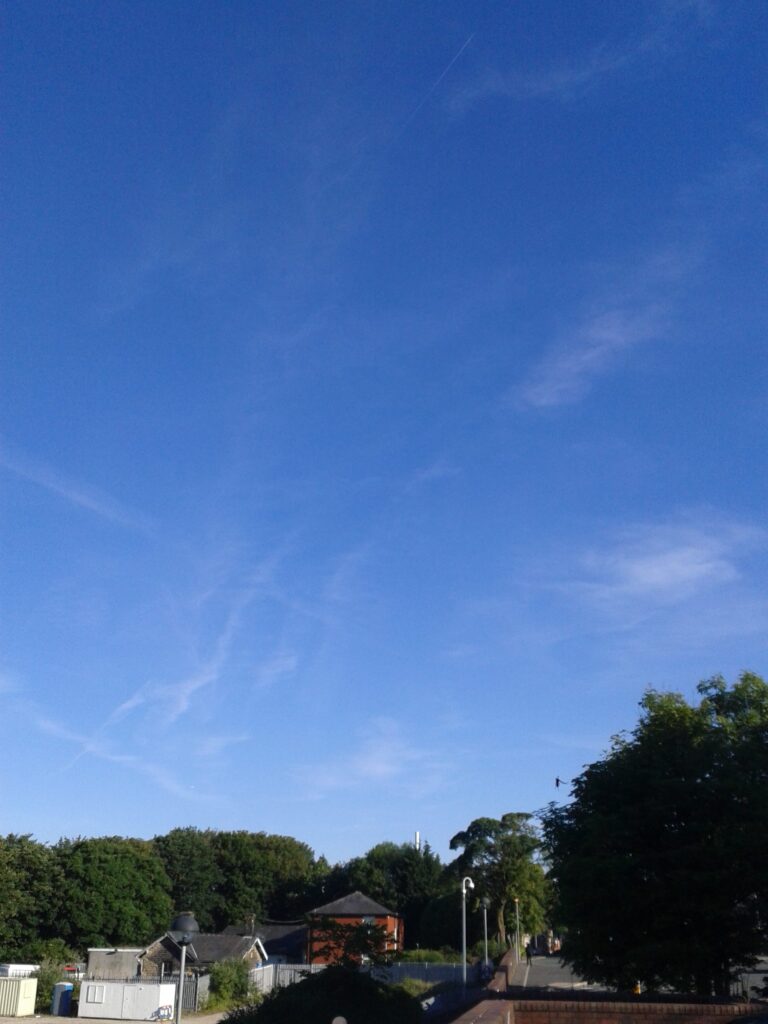 I first examined the photos that were included with an intention to scout the map for airports, or bases that could explain the anomalies. Upon examining image 1 I saw the object in question. I note a blurring around its edges. It is vertically oriented, and near the edge of the frame. When I examined image 2, the source of that blurring becomes apparent. The object is a flying insect whose wings can be seen beating in the image. The blurring is consistent with forward and backward flight characteristic of an insect wing. Images 3 and 4 merely show more of the same kind of insects.

After analysis, these photographs likely show misidentified insects in the camera view.