UFO Witnessed Around The Cayman Islands on Cruise, May 24, 2018

This case was submitted to The Black Vault / TBV Investigations on . It was assigned to investigator Paul Wright for analysis.

“Off the Cayman Islands on cruise. 30 to 40 fireball like ufos. It looked as if the closest one had spinning like wings or rotors. No sound.”

I have created a visual representation based on the witness’ testimony, listed above. 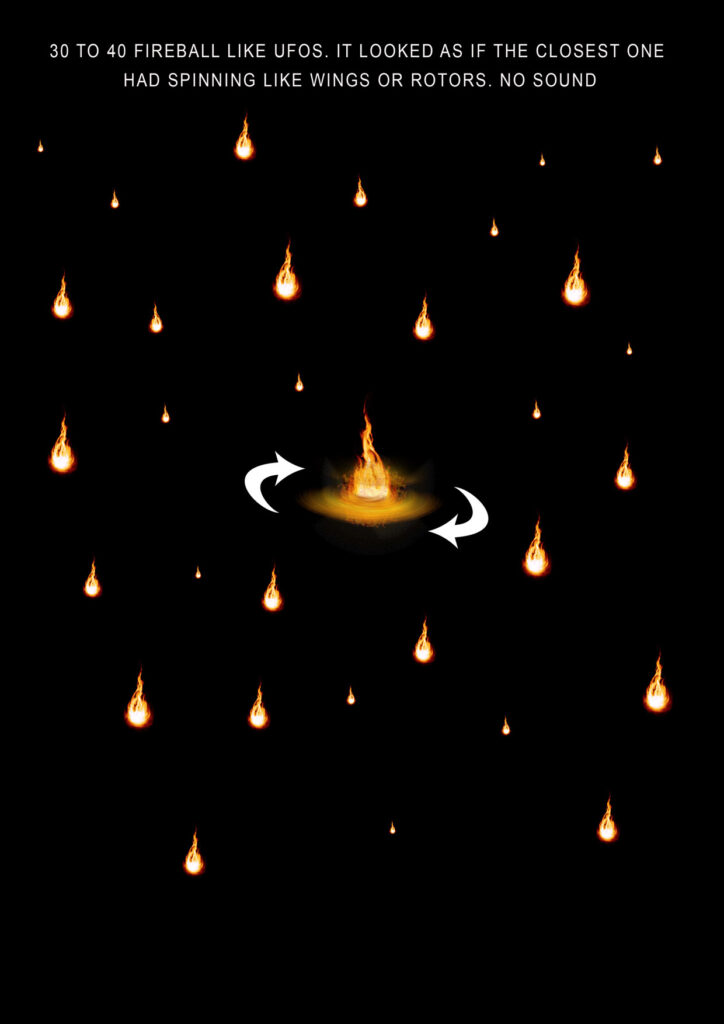 Stellerium was used for the night sky around the Cayman Islands on the 24/05/2018 at 02:00 AM.  4 views were taken into account as an approximate location was unknown during the sighting. 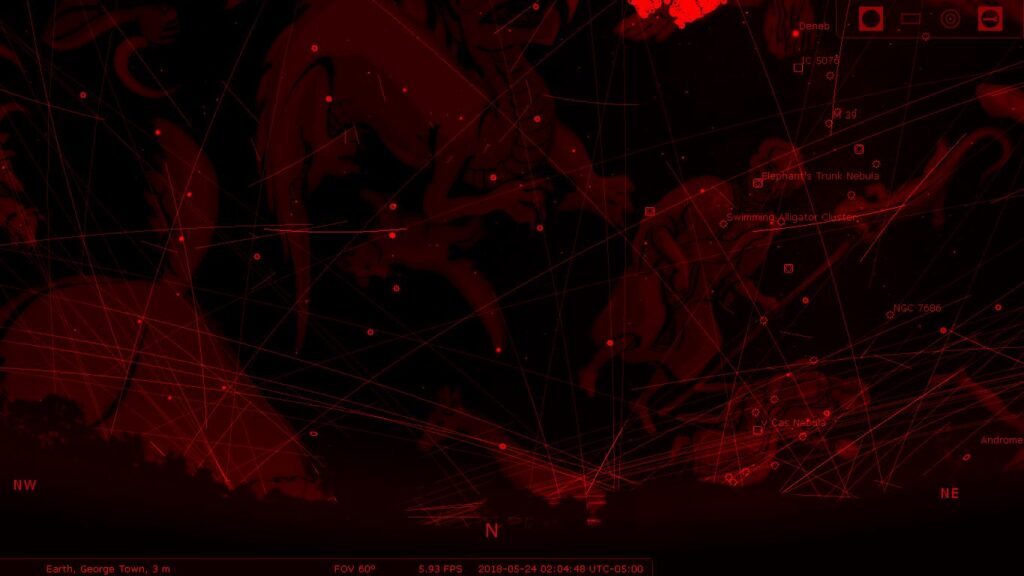 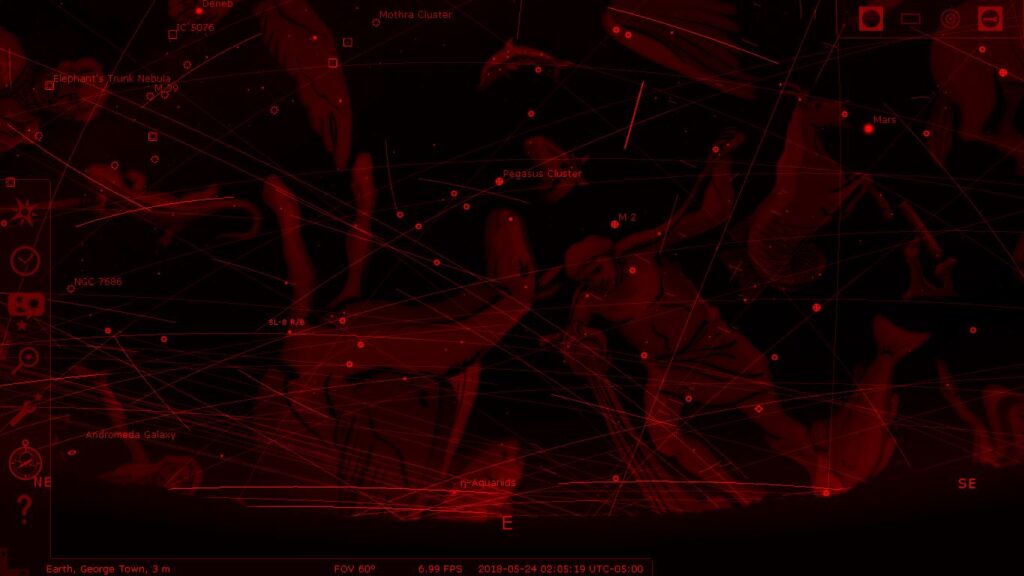 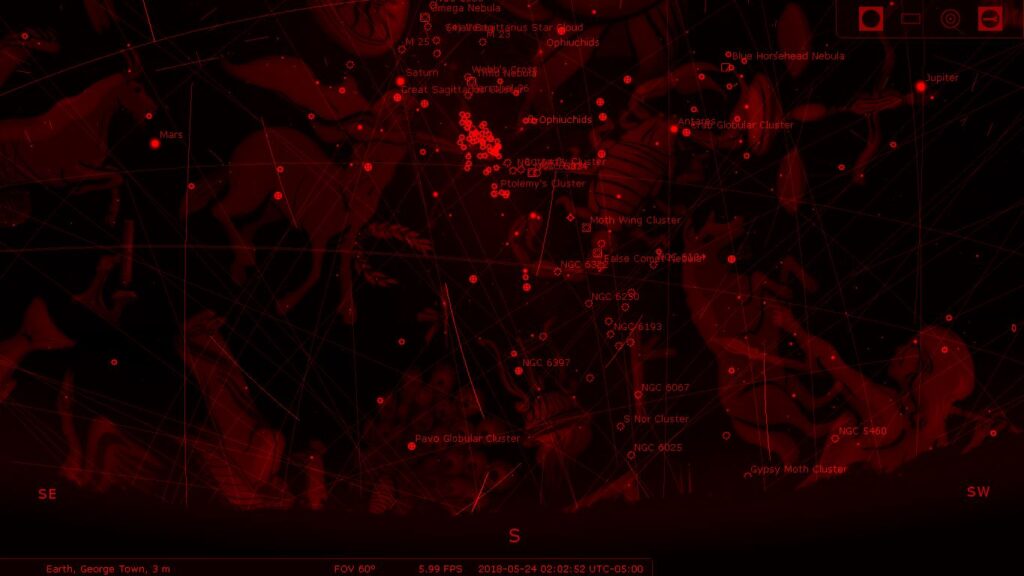 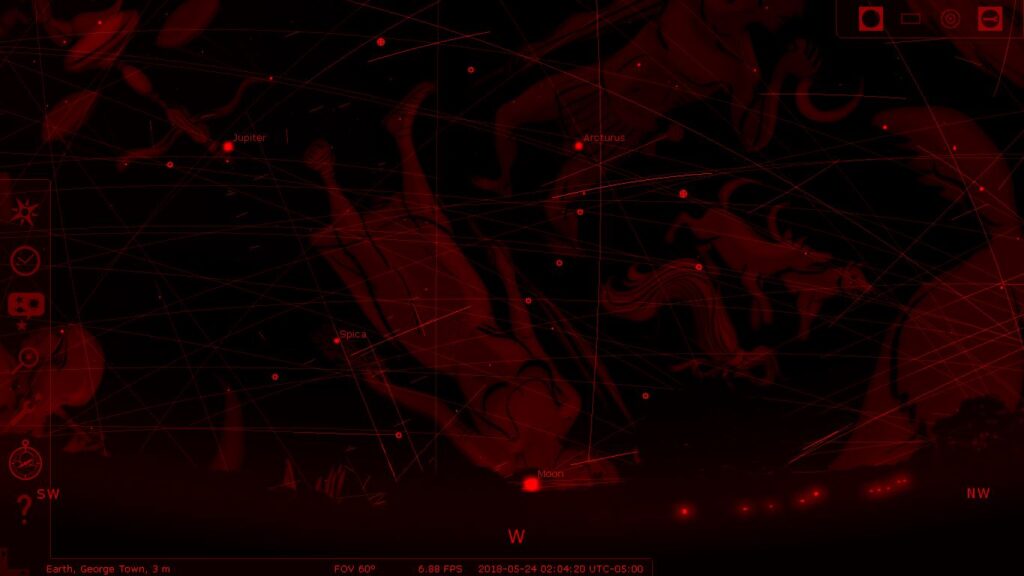 As the location was unknown for the witness during the sighting just an aerial view of the Cayman Islands was used.

Based on the witness description and lack of sufficient evidence I am unable to make a solid conclusion. Case incomplete / unidentified.