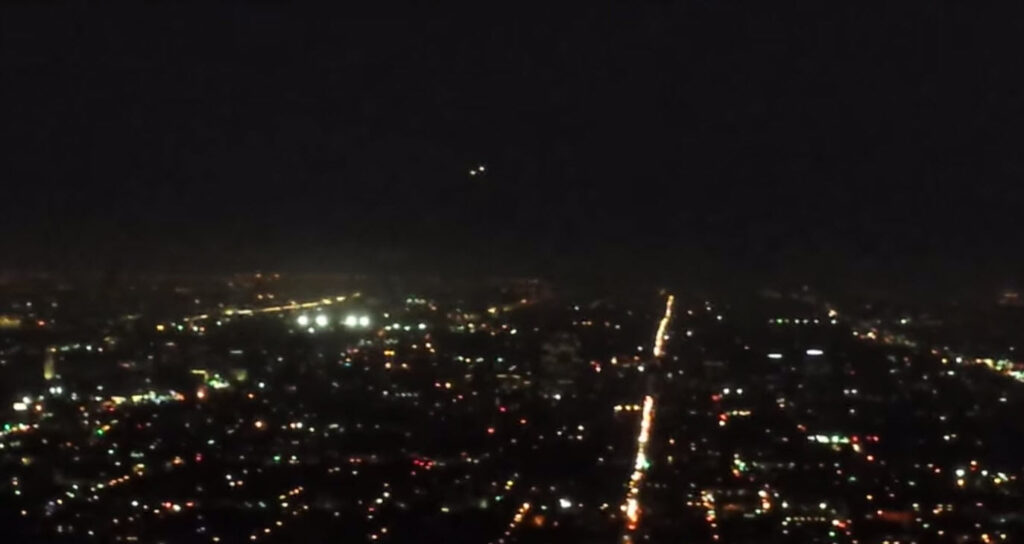 On 9/6/2015, this video was posted on YouTube. It allegedly shows a UFO sighting over Los Angeles, California.

The video, posted on the channel for Chris Montague, has the following caption:

From the Griffith Observatory we saw what looked like a meteor or an airplane on fire coming towards the earth’s surface. The fire ball suddenly stopped in mid air, moved around slowly, then the light burned out.

8 seconds later it reappeared seemingly hundreds of feet above where it burned out.

Then a few seconds later, a second light appeared and the two joined together in mid-sky before burning out.

In fairness to the YouTube Channel Author, and the witness to the UFO video, I am sure he did not know what he was doing giving permission to “secureteam10” to republish his video. “secureteam10” is a very well known hoax channel, which has published many videos in the past of CGI and blatant hoaxes.

However, Chris Montague’s channel seems to have nothing to do with UFOs, and has been around for a while (thus minimizing the possibility they are connected to “secureteam10” perpetrating the hoax).

Although this video will probably be widely dismissed as it is now connected to “secureteam10”, it is posted here for reference. I believe fairness should be extended to the witness when viewing this video – and base any comments on the video itself, and NOT it’s connection to “secureteam10”.

At the time of creating this case file, there have already been many posts on YouTube from other witnesses to the event. See the above image for some of the comments.

On Friday night, it appears that the U.S. Navy Seals parachuted into the Los Angeles Coliseum. Here are a few videos of their jump:

It is quite probably that this caused the UFO sighting reports on Friday evening.