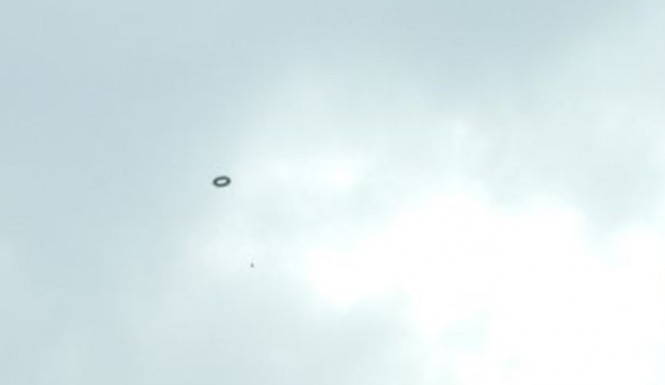 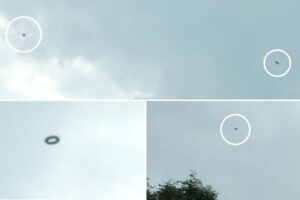 Pursuit: The family claim they saw a helicopter chasing the UFOs

A family claim their barbecue was interrupted by four UFOs ‘zooming across the sky’ – quickly followed by a Ministry of Defence helicopter.

Andrea Finney, from Bolton, Lancashire, was enjoying a pleasant outdoor family meal with her husband Nigel and their son when the mysterious event left them spooked.

The 48-year-old, who works in property management, told Mirror Online: “There were four of them, and they zoomed across the sky.

“You just had to be there to see it, it was the strangest thing I have ever seen in my life.

“They zoomed off after we spotted them, and the craziest thing was that they were then followed by a Ministry of Defence helicopter.

“I was just gobsmacked.”

Upon seeing the UFOs, she alerted her husband Nigel to get a camera.

The 50-year-old delivery driver said: “I took photos as quick as I could.

“Our camera does not have a good zoom on it or anything – it is just a normal camera, so we took what we could but afterwards we just could not explain it.

Mystery: The family could not explain what they had just seen