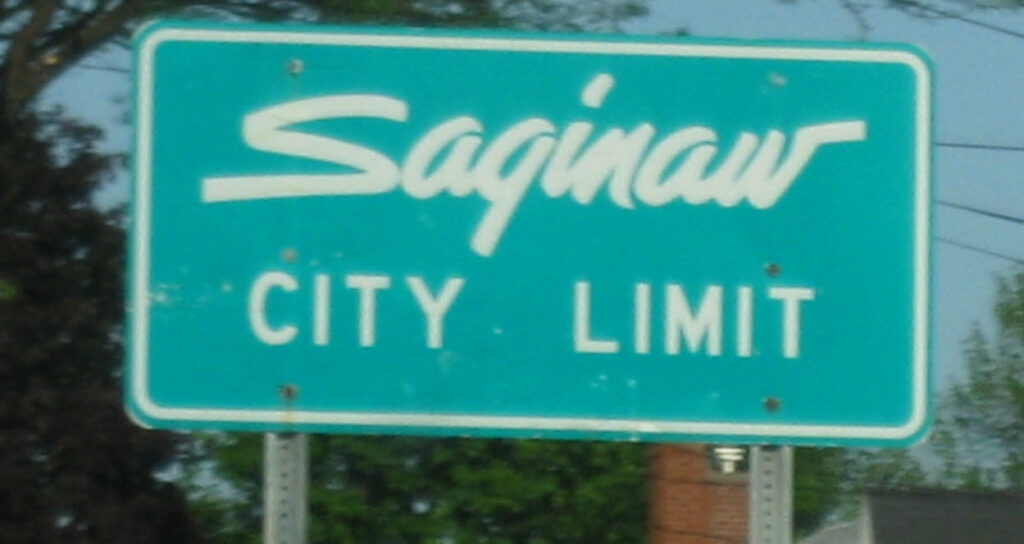 Description: When I was a junior in High School I was hanging out with some friends outside their house. The area is flat farmland (corn and sugar beets) as far as the eye can see, except for the nearby Saginaw Steering Gear plant approx.. 1.5 miles away.  The evening was clear, but moonless. The sky was just a mass of stars, with an occasional small airplane.  As we were leaning against the car I noticed a dark ‘space’ where stars should be to the east. This black area was headed west almost directly toward us. We all watched it approach, not frightened, but curious as to what it might be.  My friend has a large ‘farm’ light (bright light that you have when you live way out in the country).

As it got closer he ran and turned it on.  By then the object was moving to a position where it would pass directly above us. As it did you could get a better, if faint, look at it. It was off the ground about twice the height of the telephone poles (80 feet or so), and seemed to be following them in a straight line. The craft, for you could see it as such once it was above us, was completely silent. It was a matte black, but did have protrusions on it that went out straight near the front and back, perhaps 5’ long. I’d estimate it was perhaps half a football field long. It was shaped like an elongated diamond, thin at the front, wider at the back. There also appeared to be openings that may have been where lights could be, but you could not see that for sure. The openings were circular. We watched it pass silently above us. We all were surprisingly calm.  It continued down the wire lines until we could no longer see it. We all commented that was pretty cool, but that was all. I remembered afterward heading to my car and heading home at some point.

Now, the strange thing is that I never thought about it again til decades later, though I did have a burgeoning interest in sci-fi andufo’s after that encounter. When I did remember, it was vivid. I was still friends with my companions, and reached out to them. Both expressed surprise, but also clearly remembered the event, though they confirmed they too had never thought about it again until I had mentioned it.

Not sure what it was, and never saw anything like it again.