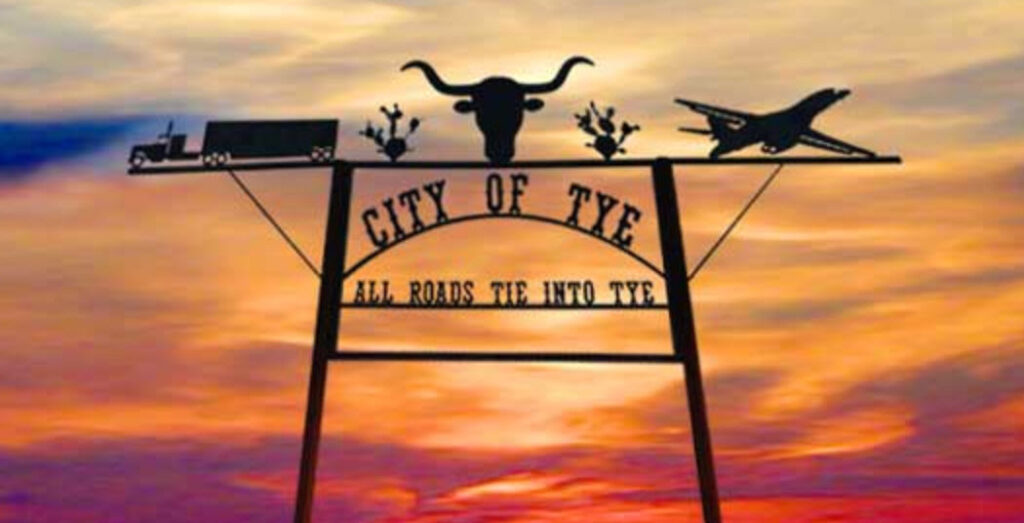 The following case was submitted to The Black Vault’s UFO hotline on February 16, 2018. It was assigned to TBV Investigations’ researcher Richard Kidd.

I have seen a few things in my 57 years for sure. The problem with UFOs is your left at your witts end guessing at what you may have looked upon, then of course doubting if you should discuss it with others.

I believe what I saw was USAF experimental some new design concept craft.  What I witnessed the night I called Black Vaults line;

The aircraft was traveling due northbound from my right. I was traveling due east on I-20, approaching Tye TX, (suburb of Abelene, TX) at 68 mph in my rig Dupre Truck 8307, trailer 67018 returning from delivering a load of chemicals to Ace Services in Odessa TX, near Midland TX.

The craft I spotted was at approx 1000-1300 ft. It looked in size that of a Gulfstream 4. Not a big commercial jet or a smaller Learjet. It had three circle lights on its underside, pure white and the normal aircraft blinking beacons. *my reasoning here is alien aircraft would not need these lights for aircraft IDs as human piloted aircraft being our aircraft require them whether civilian or military*.

The aircraft was indistinguishable in shape as it started passing over I-20 but I did not recognize normal shapes such as an aileron, wings, fuselage etc. It traveled due north over I-20, I am guess 1/4 to 1/2 mile in front of me. It went about 1 mile north and turned sharp 90 degrees to the east, the same direction I was traveling. I assumed at that time it was going to land in that area. About two miles east it turn 90 degrees again taking a due south path remaining at the same altitude. I was almost intercepting it at that tine traveling almost underneath it heading east. This was about a half mile before the Tye, TX exit with the Flying J truck stop. As it passed over I got a good visual of its bottom side. It was definitely triangle in shape. Rounded corners at all three points. The white circular lights inside each corner perfectly centered in each corner. Its strobes were still blinking. It had a bit of a soft diffused haze or glow around the craft which could have been attributed to dust or fog at that altitude although it was clear elsewhere overhead. The triangle craft passed over I-20 and continued south I am guesstimating two miles. I had taken the exit ramp at that time to Tye TX. I saw it at that time make a slight flash a disappear as if it launched due south almost faster than your eyes could record.

The color was grey, or possibly a titanium type color but the glow and light from the three circles made it appeared medium to lite grey. It had no visible N-number or aircraft ID markings or insignia on it. I did not see any widows, portals, landing gear, air control surfaces such as wings, ailerons, tail nor did it have a fuselage. It made zero noise, none. And it never banked like an aircraft with wings during its two 90 degree direction changes.

Other facts: I did not see any beams of light shoot down under it or cattle getting sucked up into it. I did not loose time nor did my radio go static or my truck battery dead. I did not disappear and reappear 3500 miles away naked at a convenient store. I just stopped a minute, called your hotline as it appeared first on my smartphone Google and I thought the name Black Vault sounded interesting. I then traveled on to my fuel stop for the night at the next Love’s truck stop.

I am releasing this info to Black Vault as a witness statement of a UFO with my summary opinion that it is a USAF vehicle of experimental type, and as of now may be listed as Classified by DoD status.

You have my legal permission to publish it on Black Vault website for reference to others interested in UFO reports, research and science.

I’ve been in contact with Ken and I’m in the process of locating the local law enforcement agency, because I wanted to check and see if they had any reports in the area that Ken is referring to. And, if so, I would like to find out how many reports were received.

UFOs are a subject that has re-emerged numerous times and the availability of video has proven itself the “seeing is believing” momentum although the ability to forge fakes has also paralled real footage.

There is far more to it than disclosed, but the fact we are still infants to solar exploration and interstellar travel I believe makes us the “hostile ape petting zoo” of the advanced species that have been observing earth since we were primordial soup.

We are severely lacking compared to what we occasionally witness. And EBE are not human, do not think like us or share our limited perspectives.

Good luck investigating. Be careful. More than one government wants the lid sealed tight in UFO s, EBE and their technology.

I am making certain that I am contacting the Law Enforcement agencies in and around the sighting area as well as the Texas State Police,  in this case and that I will receive sighting confirmation of what Mr. McLaren has reported he witnessed. It is not unusual for there not to be any other witnesses or, other persons to have reported a sighting.

Followed up with the Texas State Police and was informed that there have not been any reports of strange aircraft sightings in the area of Tye, Texas or the Abelene, Texas area between the dates of 02/12/2018 and 02/16/2018.

Although there haven’t been any reported sightings by any of the Law Enforcement agencies, doesn’t mean that there were no other sightings in the reported area. This could simply mean that other persons ( if there were any ) did not report what they may have seen. In the case of Ken McLaren’s sighting, nothing can be proven or disproven.

Follow up emails with Mr. McLaren hasn’t yielded any other reports of sightings and TBV Investigations will monitor the reported sighting area for future sightings or events as they transpire.

Mr. McLaren’s sighting off of I-20 on February 15th 2018 and the description of what he witnessed, had not been reported to any Law Enforcement agency in Texas by any other witness.

After calling the Tye, Texas Police Dept and the State Troopers office in Abelene, they could not verify that anyone else had reported anything unusual in the sky on the evening of the February 15th, 2018.

With the lack of additional physical or photographic evidence, and the lack of corroborating witness testimony (for now) this case is being labeled Unidentified, Lacks Sufficient Evidence for Proper Identification.