Case File Status: Inconclusive, due to lack of video or photographic evidence

This case was submitted to The Black Vault / TBV Investigations on  Mon, November 5, 2018.  It was assigned to investigator Paul Wright for analysis and investigation.

“Hi, I just want someone to talk to about this.I saw a UFO… Its even weird to say. But what scares me is the meaning of it? Thats what I need to explore or talk about. What does it mean?

It was noon a sunny summer day. I was out in the woods with my brother. I decided to get up on the road for a better view of where we were to continue further when I saw a disc, like to plates against each other hovering in the sky a few hundred meters away from me. It just sat there in the sky not moving. It wasnt hard to realise it was strange, this was UFOish so after maybe what felt like minutes I ran back to my brother, told him to go get the camera, because its a UFO, he could hear I meant what I said even though he mocked me at first, but I told him and he ran with me back to the road, when He saw it he got scared and ran back for the camera as I stayed to watch it and keep track if it moved. But It just calmly sat there… then for some reason it started moving, straight to the right, in a line, not up nor down, just straight in a line… after a few meters to the right it started go back to the left again and moved maybe equal amount of space to the side, then it went back to the right once more and that when it happend, when my doubts turned into fear and awe at the same time. It Swoshed, I dont know if it was further away or down behind the trees, but it swooshed with a speed that was ungraspable zig zag over the sky downwards until it dissapeared over the tree tops. Nothing known in the world, nor any military technology Im aware of can move like that, not only the way it moved but that speed was insane. To be frank that scares me, if it now is a military tech, then that country would have won whatever battle they decided to embark on… yet if its not, that is even more scary, gets me thinking a lot about what else might be true, what else might exist, all these crazy conspiracies and ideas, what if what people say is real actually is… Thats why im writing you guys? Perhaps you have an experience, perhaps you know something? Now we all just look down into our phones, I never even use mine anymore. If me, one little guy saw that, wtf… im no special at all, so what else has been seen, what else might be true… f**k… either way.. this is not good. Whatever it is, it has freakish engine power and that is scary in a million ways.”

The witness provided a detailed written report, but was not accompanied by photographs or videos.

Below is a rough mock up image for witness to comment on, no reply received. 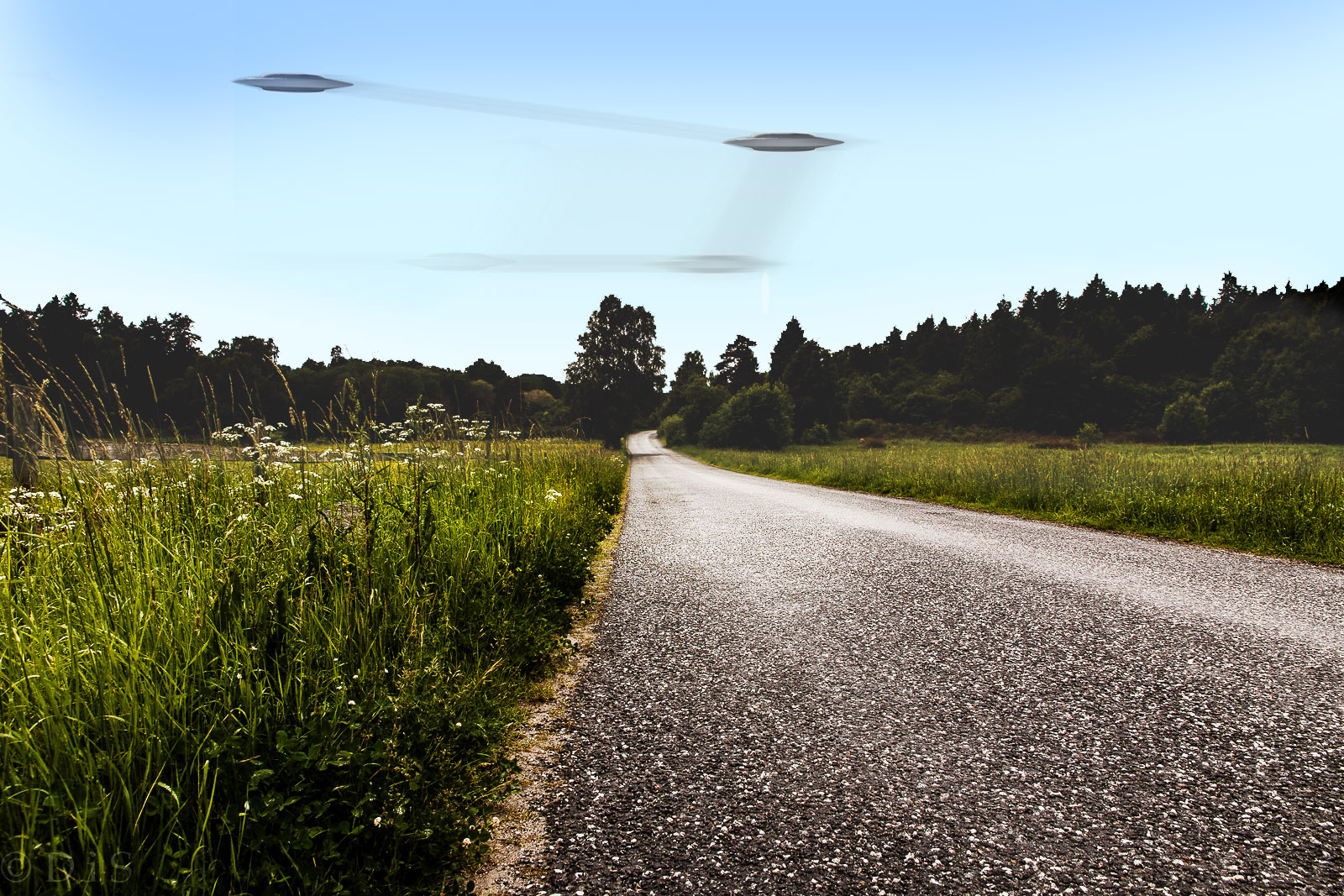 At this moment in time the witness has not responded to further contact by email after the initial submission, therefore the lack of evidence makes it difficult to assess the case.

Using just the written report it is very difficult to form a conclusion especially taking into account the points below:

I followed up this report with Johan @ Swedish UFO Group https://www.facebook.com/ufosverige/ – No sightings or dates matched their records.

My conclusion: Inconclusive, due to lack of video or photographic evidence.