Case File Status: Undetermined, Lack of Evidence and No Witness Contact After Report

The following case was submitted to The Black Vault / TBV Investigations. It was assigned to Monica Salazar for analysis and investigation.

The witness submitted the following testimony:

“My friends and I were walking across campus to get food when one of my friends spotted a triangular object in the sky. I only saw the triangular object for about 15 seconds so I was not able to snap a picture, but I attached a sketch of what the object looked like. The triangle was black, with a white light on each end of the point. I was able to notice some faint lines on the object due to the brightness of the lights on it.”

The witness submitted a drawing of his sighting: 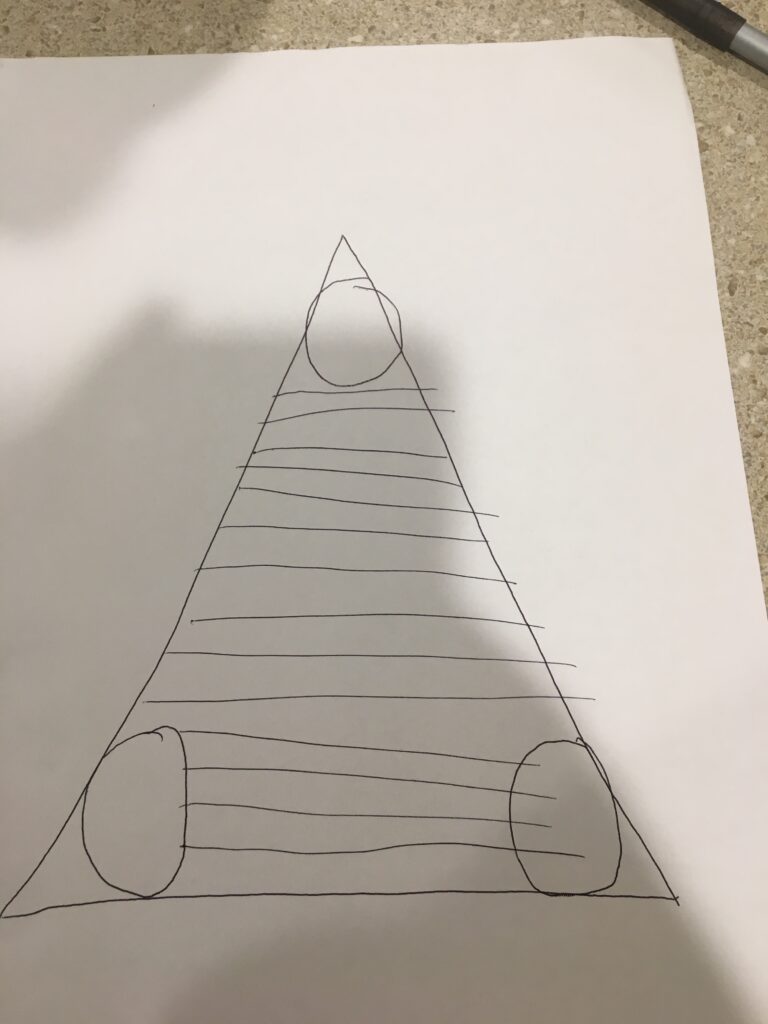 During this investigation is was a bit difficult to conclude, I was unable to communicate with the witness at all. After multiple attempts at email and phone I was advised to complete this case as is.

The witness was very good about describing what he saw that night, to the extent of even being able to drawing a picture of it.

The witness was also able to submit a report to NUFORC (National UFO Reporting Center) where he posted this:

On February 21st, 2018, at around 8:30pm-ish, my two friends and I witnessed a triangular shaped UFO near St. John Fisher College. The object was a large black triangle, with a bright light on each end of the object. The object also had grey lines on the bottom, which were visible as a result to the light.

My friend pointed it out to us and thought it was a drone. The more we looked at the object, we realized that it was not a drone, it had to be something else. We were only able to look at the object for about 15 secs because it vanished out of no where”

As I was searching for further reports of this incident I was not able to find any, however since the duration of the object being seen was so short it could be it was just traveling too fast or it very well could have been a drone.

This photograph was was acquired through freedom of information request provided by the UK Ministry of Defense. It is believed to be a legitimate image of a triangular UFO.

With limited communication with witness and only a drawing to go by this case is complicated to place. What does help is that the witness was able to place a report with NUFORC which shows in my opinion commitment to the sighting and genuine concern about what he witnessed that night.

For me the sighting of a triangular UFO is very common, it’s something that has always been seen since the Phoenix Lights (https://www.theblackvault.com/documentarchive/the-phoenix-lights-incident-march-13th-1997/) or possibly even before that!

The truth is that reports of unexplained triangles in the sky are still happening all over the world and maybe you are reading this and thinking that what you saw maybe was real and unexplained, maybe there was something in the sky that night in Rochester, New York. I sure hope that this case helps others come forward with their sightings.

Ultimately I was not able to communicate with the witness to the extent I should in order to fully classify this as Unknown or a true UFO sighting. Thus this case will remain Unresolved for lack of evidence and lack of communication.