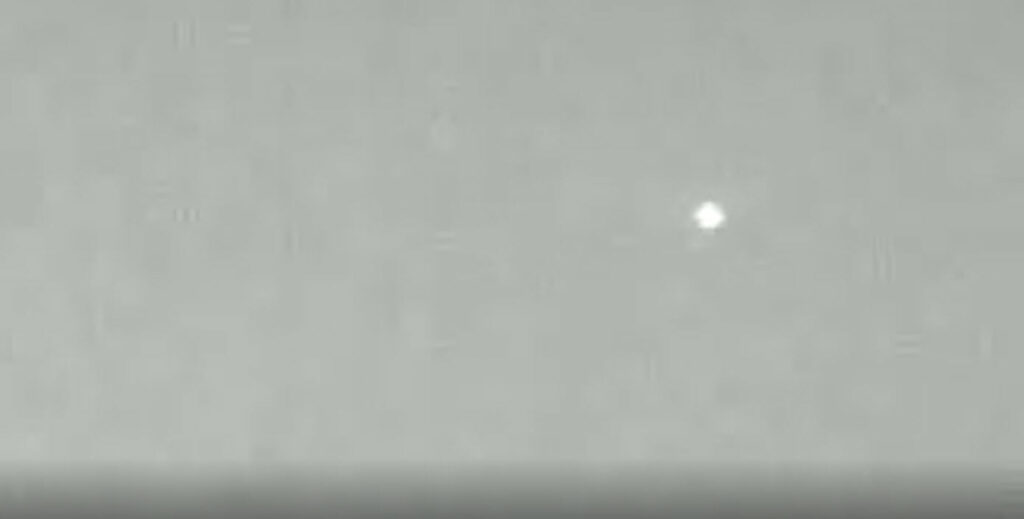 The witness states that he was spending 3 days on the beaches of North Myrtle beach. He states that one the first night he began to see lights about a mile out at sea acting in ways that were unbecoming of any aircraft that he had witnessed in the past. The second night continued as such and on the third night, he states that the activity had increased significantly. This led to the witness grabbing his camera that had night vision capabilities and he filmed a 4 minute long video, capturing only a part of the encounter.

He describes the event as being totally quiet, except for the background noise of the local city and lasting approximately 15 minutes.

He describes the objects as “balls of light” and that they would burn bright for a while before dying down to a blinking like state. Witness was unable to visualize any shape or form to the objects. Witness states that he is of sound mind and body and that he has no experience in the aviation field.

This video really grabbed my attention when it first hit my desk, as it was just an odd piece of evidence.

Unfortunately, being in night vision, it leaves a lot to be questioned in regards to the shape of these objects and that the video presented with no sound attached to it.

The maneuvers that were being demonstrated by these lights were almost helicopter like, for example the HH65 Dolphin, which is used by the US Coast Guard.

Vertical rises are common in helicopters and so are night operations at sea. The lights seemed to be going in and out, which was very unlike night time rescue operations, as it is extremely dangerous for both the aircrew and the pilots. However, pilots are trained to fly “blind” and learn to not depend on their computer systems or lights, which would explain the flickering that can still be seen, as the tail light would still be on.

As someone who has performed Search and Rescue (SAR), I know that swimming in darkness is not an uncommon thing and especially among the Coast Guard Rescue Swimmers, who are the best of the best in their fields. These operations would be common.

It is unusual to have multiple Dolphins operating in one sector, due to our sector only having one attached to it.

The Coast Guard does perform large training operations but not near extremely small sectors such as Georgetown, where the Dolphin would have been stationed.

It could have been another Dolphin that may been attached to a visiting cutter and training operations were underway. The thing about these helicopters though, is that they are loud and not designed to be stealthy.

According to witness’ testimony, the area was silent and no helicopters were heard.

I turned to the Navy performing training operations, however, the Navy has no ports in the area.  Cruisers and destroyers do make regular visits to the port of Charleston.

This is where I began to straddle the fence between these being helicopters or something that I may not recognize. I contacted the USCG sector that was in charge of the area via their Public Affairs officer, but due to OPSEC, no information could be released about any past operations.

I spent a few hours watching and rewatching the video, but my military experience is guiding me towards the possibility that this may have been a Coast Guard or Naval night operation.

Of course, this is an educated guess and is formed solely on my interpretation of the evidence and the statements of the witness, so it should not be considered an “answer.”