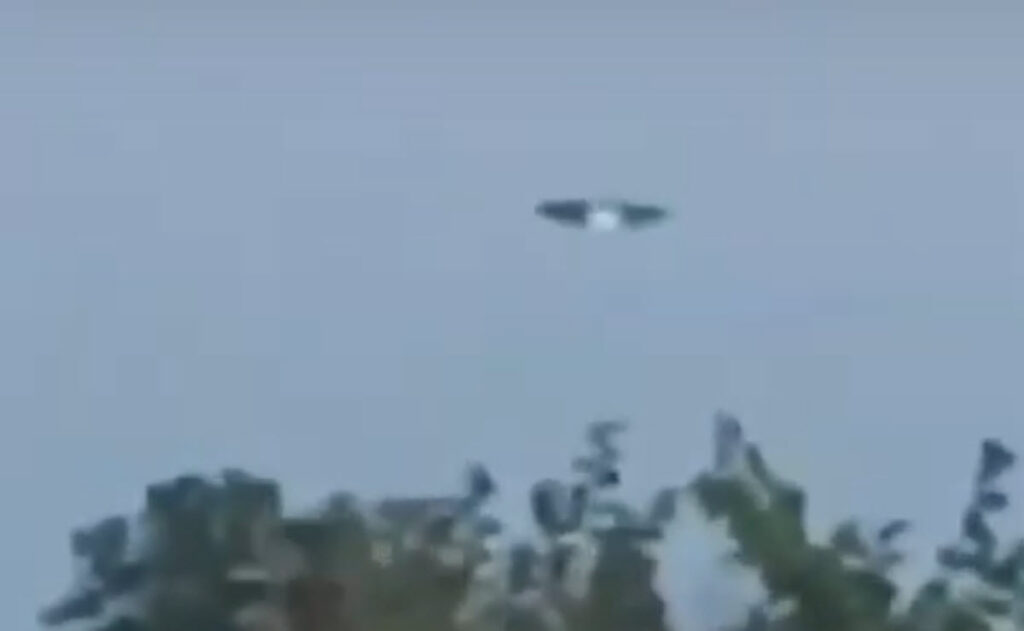 Multiple videos of a UFO surfaced, supposedly over New Jersey, which occurred on September 14, 2020. The result of the videos posted, also resulted in “UFOs” trending on Twitter in the morning hours of September 15, 2020.

Various accounts posted the video you see below, while others took ominous looking screen shots with no context.

The result was a lot of attention quickly, to what appeared to be something interesting.

However, investigation shows something different and explainable.

Check out the “evidence” below along with the explanation that follows.

Numerous videos were posted online, though the most common was:

It takes very little effort on this one. The videos posted online, all depict the Goodyear Blimp. The coloring is a match, but with low resolution, it is not clear to those who aren’t attempting to decipher what they are looking at.

In addition, the “coloring” at the bottom is the video project screen located on the side of the Goodyear Blimp, as indicated with the photograph below: 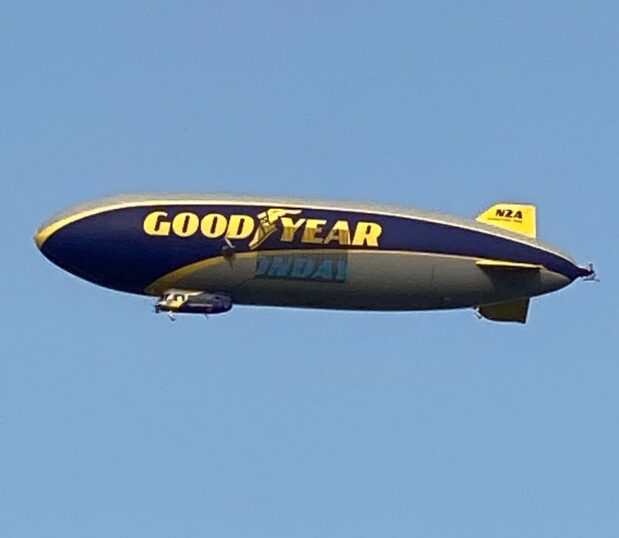 This explanation is also supported with the actual flight path of the blimp, on September 14, going over New Jersey: 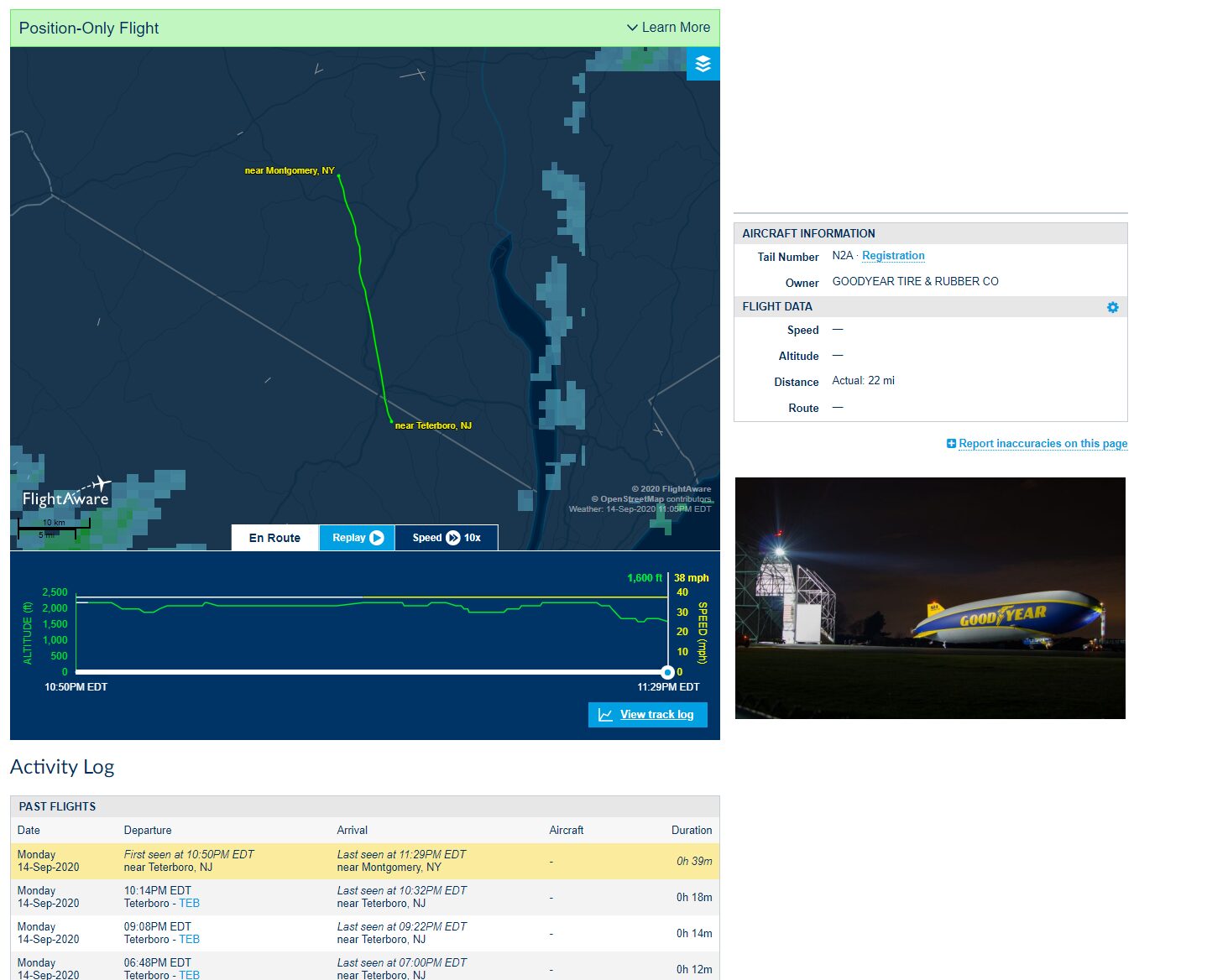 There is not much to this case, except internet hype and hysteria over nothing. It is the Goodyear blimp, with supporting verifiable evidence.