“This was caught traveling on Highway 349 in Midland going 60mph on the way to our friends house. I held my phone out the passenger side window and recorded the dark sky out to the right of me. The end of this video I have no explanation for. I was of course attempting to catch one, whether they allowed me to in this video seems quite likely to me. The triangle has an arm attached that does a wave and then a circular craft follows it. I almost deleted this video- good thing I did not. This is not photoshopped at all. I have several other videos and photos as well that I would like to report and discuss. They have been sent into MUFON but something strange occurred and I was switched to a new investigator who does not believe me and does not want to help me. Please let me know if you can discuss this with me and my other photos or where I could contact someone that can. Taken on an iPhone X.”

The following video was submitted to TBV Investigations for analysis.  This version has been unedited.

The initial step was to add a brightness/contrast F/X to the video. The image was brightened, with the contrast staying about equal in value. Then, to confirm the findings a shadows/highlights, F/X was applied. These settings were adjusted in various ways, and the image became discernible.

The filtered video is below.

This is one of the easier videos to unravel because it IS so dark. There is data in every image, even if you can’t see it on the monitor or the screen. The method employed here was to simply import the video into Adobe Premiere and run some filters and adjustments.

Still image of the “UFO” is below showing that the object is inside the car, not outside the window: 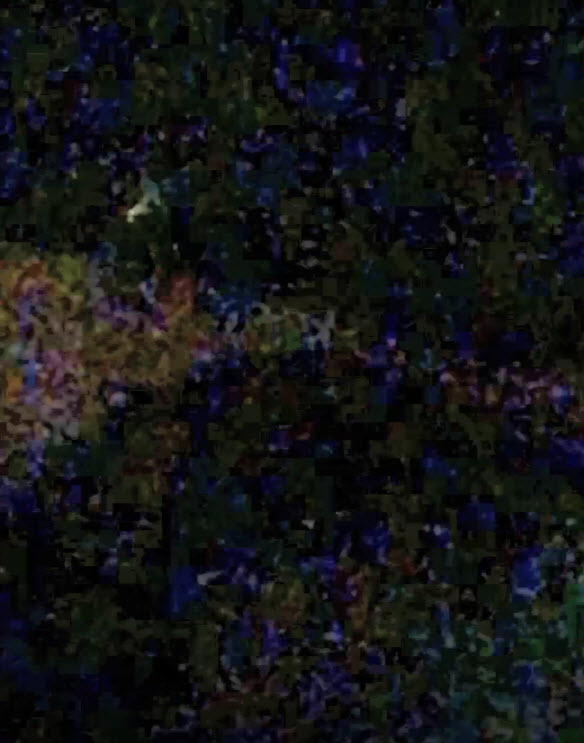 The anomaly turns out to be the motion of the videographer moving their iPhone X from the window to their lap. The “triangle” turns out to be the negative space between the two fronts seats of a moving vehicle, with the front wind shield creating a triangular lighting effect. Objects can be seen out the wind shield as well, confirming the angle of view.