Case File Status: Inconclusive Due to Lack of Evidence

This case was submitted to The Black Vault / TBV Investigations on December 19, 2017. It was assigned to investigator Paul Wright for analysis.

I saw an object as high above the planes as they were above me. It was shaped like a bright red jelly bean. Gently rocking from side to side. It took off slowly upright leaving a bright spiral / corkscrew tail. Then suddenly shot off at an angle, again leaving a red trail and disappeared.

With the lack of video or photo evidence, I will attempt to identify what the witnesses observed based on the following facts along with witness statements. I created a visual representation based on the witness’ testimony: 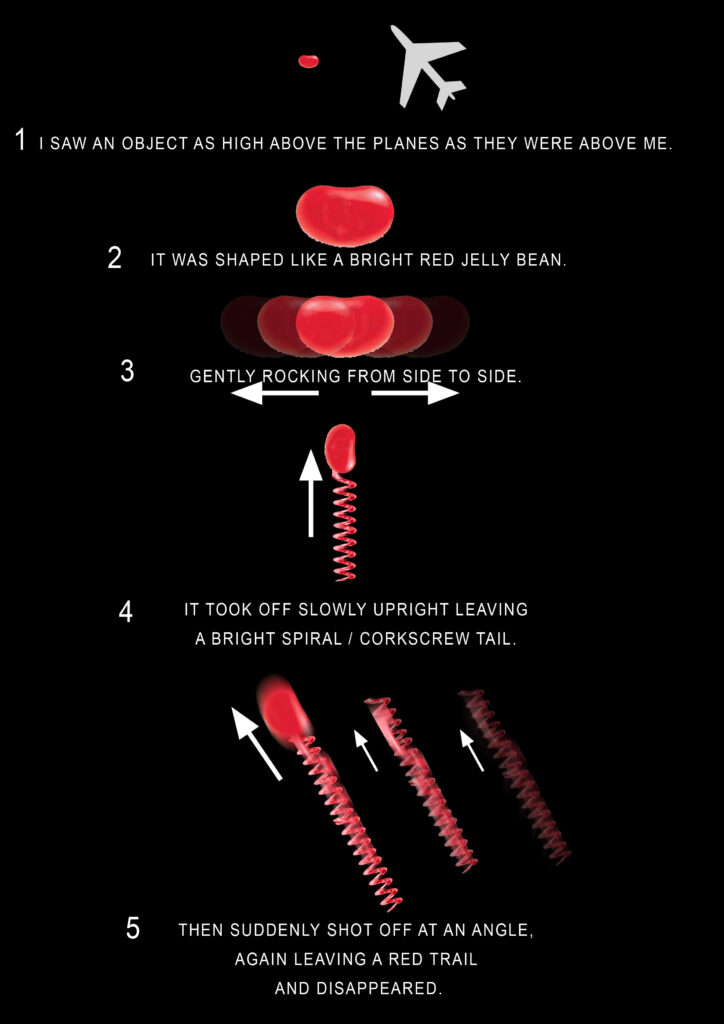 Researching Stellarium for known celestial objects on 06-10-2011 @ 9:30 pm revealed multiple celestial objects in the sky, however it would be difficult to speculate what was visible by eye at that time due to the weather and other atmospheric conditions during the sighting.

Based on the witness description and lack of sufficient evidence I am unable to make a solid conclusion. As the sighting took place in 2011, historical weather and satellite tracking are not readily available for the location and year.