By John Greenewald on September 5, 2018 0 Comments

This case was submitted to The Black Vault / TBV Investigations on February 16, 2018.  It is archived here with no formal investigation.

The witness submitted the following information:

“9-10pm it was pretty dark because it was basically all country highway. A few streetlights between fields and trees and small lakes. The sighting was quick. I have no idea what way it was facing. I have no idea if anyone noticed it. There wasn’t a car in sight on my side of the road. The other side was pretty empty I don’t recall any other cars. Exactly what happened: I was driving and noticed it was getting dark out, I kept thinking “2 hours to go, stay awake” I chugged my large cold gas station coffee and had to slow down my car and stare into the sky in disbelief. I saw a triangle of lights in the sky and it was pretty low to the ground. I tried to rationalize and started thinking “it’s just a tower for planes, its just some odd light pole” I drove for 10 more seconds alright with that thought. I peaked and saw it in my rearview mirror still a little in shock. Finally I pulled over and decided to take a picture for reassuring myself and to show my friends for opinions. Sure enough by the time I looked back up with my camera ready it was gone. It’s been almost a year and I’m still a little shook from it and unsure of what I saw. . i can’t remember how many lights it had. 3. Maybe 5. They were bright. And definitely a triangle. They were pretty spread out and that’s what made me second guess my non UFO idea of it being a tower.”

The witness submitted the following to represent his encounter. 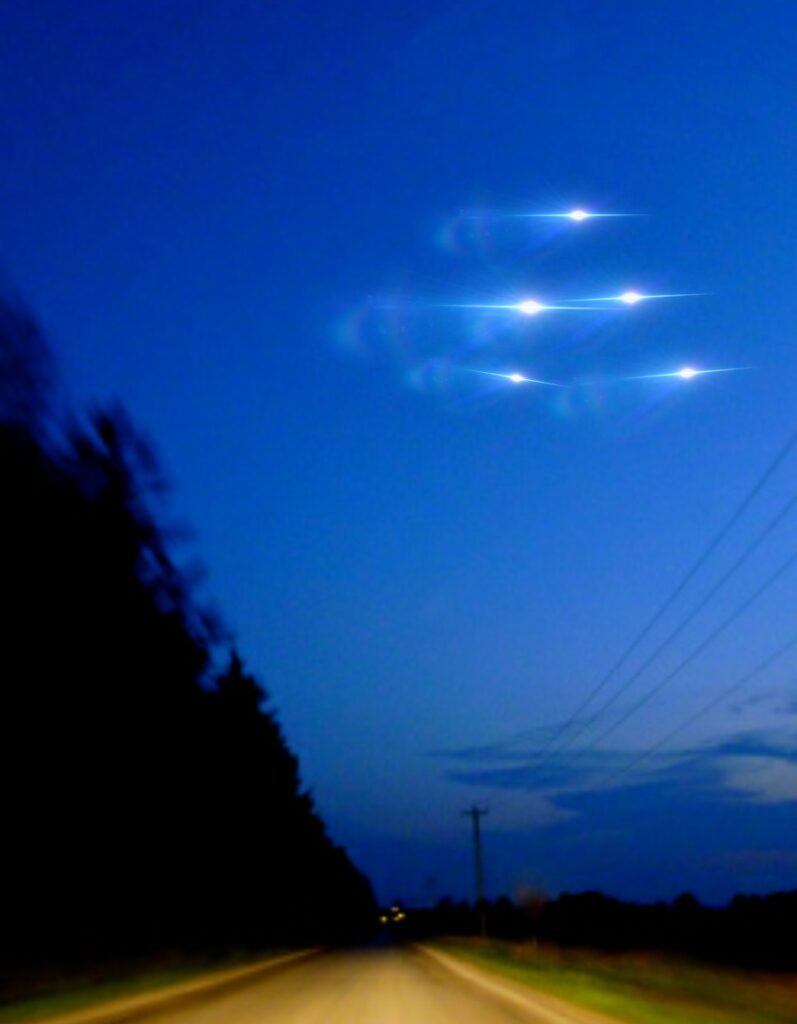