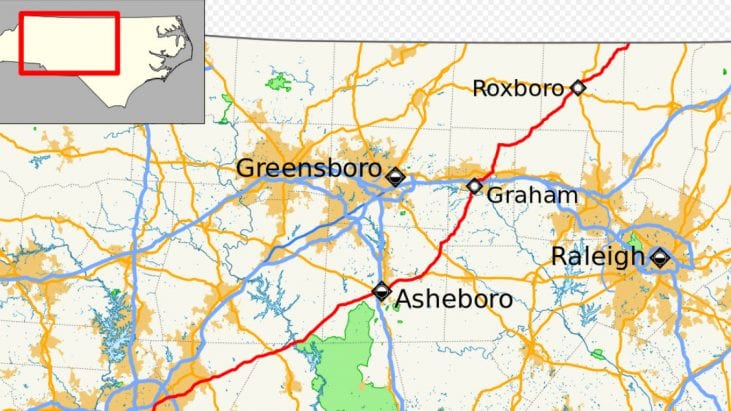 The following was submitted to TBV Investigations in the initial report:

“My husband Lance and I both saw the UFO at the same time. It was at dusk around 6:05 PM but still light, and the sky was blue. We were standing on our back deck looking at birds on our lake. We had our binoculars in hand. I saw this bright shiny thing in the sky. At first we thought it was a plane, then we realized it wasn’t. It was round like a moon hovering in the sky and very bright, like a mirror reflecting light. As we watched it, it divided in half, a vertical line that divided the circle in half. You could see the sky between the two halves. The halves stayed side by side and continued to hover for about a minute or two. Then it just vanished. About 10 seconds later it reappeared still divided but this time it was moving southward, then it vanished again. It’s hard to say how far away it was, but you could see it well with the naked eye and even better with the binoculars. It would have been hard to get a good picture of it without zoom lenses.”

On 03-27-2018 at 1:10 pm PST I conducted a telephone interview with witnesses Tina and Lance. A little over a month has passed since their sighting and their description of the incident closely matches their original written statement submitted to TBV investigations. Both witnesses seemed credible, sincere and neither formed an opinion as to what this object was.

On 02-23-2018 at approx 6:00 pm, witnesses Tina and Lance related to me they were standing on the rear deck of their house which overlooks a small lake behind their property. The sky was clear with no cloud cover, the sun had set but was still light with good visibility. It is common practice for witnesses to bird watch from their deck using binoculars. Both witnesses observed a round illuminated stationary object in the western sky at approx 30 degrees above the western horizon. This initial sighting lasted for approx two minutes. Both witnesses stated the object first appeared to be the light from an aircraft but then determined the object was stationary and was not a aircraft. The object was brightly illuminated with a mirror like appearance. Witness Tina related, with her naked eye, the object was the size of a 50 cent piece held at arms length. Witness Lance related, with his naked eye, the object was the size of a dime held at arms length. During this first observation, approx one minute into the sighting, the object split vertically into two equal half’s, slightly separated, and blue sky could be seen behind the vertical split. Viewing the object through binoculars both witnesses related the edge around both split half’s of the object was blurry and not sharply defined. After viewing the object for approx two minutes it began to move slowly in a southerly direction for a short distance while maintaining the same altitude then suddenly vanished. The object did not travel out of sight but vanished from view.

Approx 30 seconds after the initial sighting, both witnesses related the object reappeared southwest of it’s original location at approx 30 degrees above the horizon. The object was moving very slowly in a southerly direction for approx 30 seconds then suddenly vanished.

With the lack of video or photo evidence, I will attempt to identify what the witnesses observed based on the following facts along with witness statements.

Checking the website “Weather Underground” weather for this date and location at 5:55 pm, the temperature was 70 degrees , dew point 59 degrees, average humidity 68%, precipitation 0.00, wind speed 0 mph and visibility 10 miles with scattered cloud cover. Based on this weather report the witnesses had a relativity clear but very lightly obstructed view of the sky due to scattered clouds. Evaluating witness statements, I don’t believe the scattered clouds hindered their observations of the object.

Researching Stellarium for know celestial objects on 02-23-2018 @ 6:00 pm, the planet Venus was visible at approx 30 degrees above the western horizon. Venus would have appeared bright in the sky, approx 2 millimeters in size at arms length but not the size of a 50 cent piece or dime as described by the witnesses. Additionally, Venus’s only movement would be setting in the west same as the sun. Based on witness statements Venus can be ruled out as the object they observed.

Again, with no video or photo evidence I can only theorize to the identity of the object.

According to the witnesses this was a strange unexplained sighting and unfortunately no video or photo evidence was captured. With the lack of physical evidence I could only theorize as to the identity of this object.

Case is unidentified, but lacks sufficient evidence to make a conclusion.