The following was submitted by the witness in the original report submission:

Video compilation of the photographs 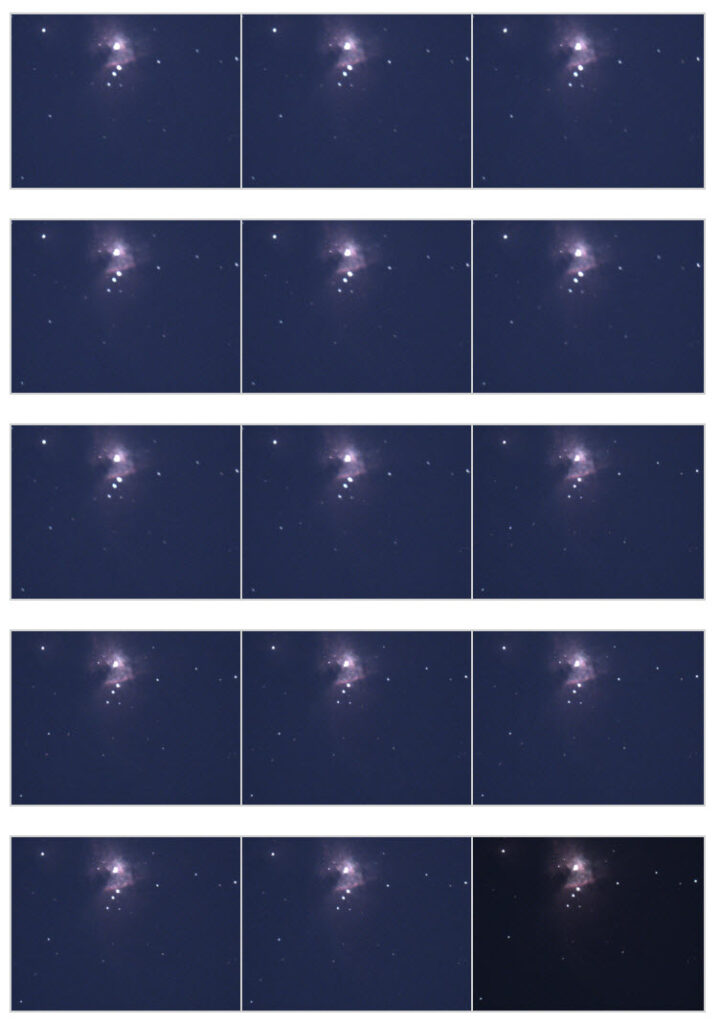 I spoke with the witness by telephone regarding his sighting report, he stated that while looking through the camera he noticed the three objects moving together and began taking photos. Between 5:49:06 and 5:49:48pm PST he captured 14 images, which he submitted.

By the time I contacted the witness, he had already done research on his own and discovered the Amazonas 3 satellite was passing in the same area at the time.

Though the three objects appear to move together as one, it is apparent that they are not one solid object. Stars can be seen between them as they move.

A search of the Stellarium database showed three satellites (Amazonas 3, Echostar 18, and Echostar 16) moving through the same area and direction of the sky at that time.

No other reports of this event were found.

It is my belief that what the witness saw and captured in photos, were most likely the three mentioned satellites moving together.

Meta Data was submitted for each photo. The settings were the same, and are located below: