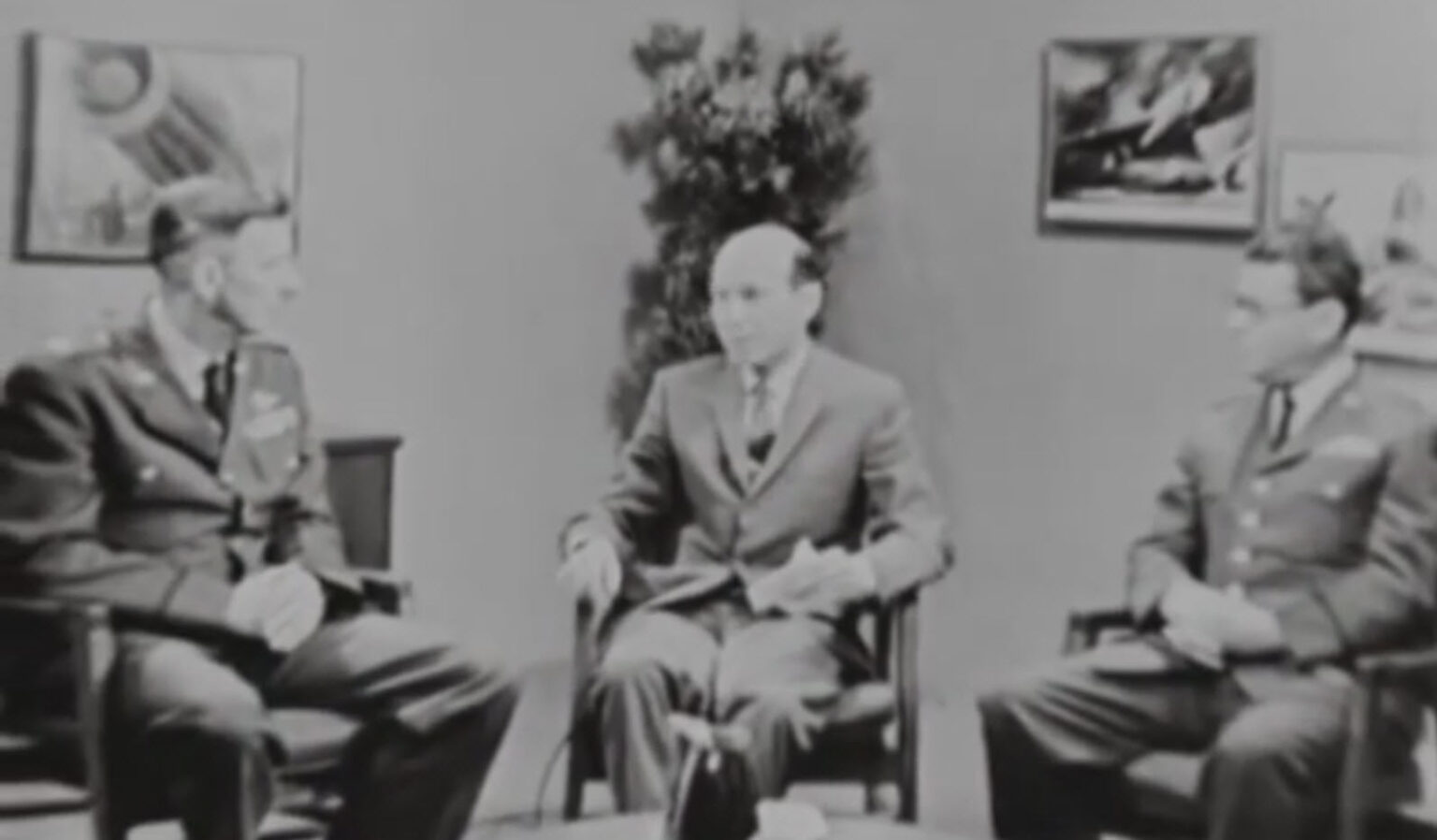 This film was produced toward the end of the Project Blue Book investigation, clearer goals and data are set out by Air Force spokesman Lieutenant Colonel Lawrence Tacker (who, himself wrote a book called Flying Saucers and the U.S. Air Force) and Major Hector Quintanilla, who led Project Blue Book from 1963 until the investigation’s cancellation in 1970.

This was received from the National Archives & Records Administration, and holds the following information: